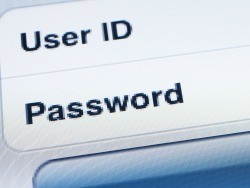 Yee asserts that this practice is an invasion of privacy and points out that students' social networking accounts contain personal information such as religion and sexual orientation, information that coaches and college officials should not be obligated to know. NBC Los Angeles quotes him as he states, "The practice of employers or colleges demanding social media passwords is entirely unnecessary and completely unrelated to someone's performance or abilities."

According to The Wall Street Journal, student-athletes in some universities, including the University of Kentucky and the University of Louisville, are required to relinquish their online privacy to coaches, who use a monitoring system that sends email alerts to supervisors whenever students use certain flagged words such as "drugs" or "alcohol." Bradley Shear, an attorney who has advised lawmakers in other states on similar legislation, states that implementing monitoring software is a Constitutional issue. However, he also mentions that the California bill is a "positive trend" in that it could motivate other states to pass similar legislation. Delaware already has legislation in place for students, and Illinois and Maryland have laws to help employees and job applicants.

Passing the bill would also result in financial benefits to states, as they could avoid millions of dollars in annual costs of tracking students' online activity, cyber liability insurance, or defending against lawsuits. Shear adds that the legislation is essential "if we want to encourage people to use the technology available to them...since it saves money and protects privacy."

The bill has been sent to Governor Brown, who has until September 30 to sign the bill into law or veto it.