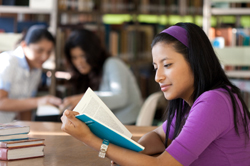 According to The Wall Street Journal, the decision upholds a California state law, which was passed in 2001, that lets nonresidents pay in-state rates if they met certain requirements, including attending a California high school for at least three years. In 2005, a group of out-of-state students who were enrolled at California colleges sued to University of California, saying that the law discriminated against them and conflicted with a federal law that prohibited giving educational benefits to illegal immigrants, but not U.S. residents. In 2008, a lower California court ruled in favor of the plaintiffs.

Yesterday's decision by Justice Ming W. Chin overturned the lower court's decision, granting undocumented students the same reduced tuition rate as legal California residents. As the Los Angeles Times reported, Justice Chin stated that because "every nonresident who meets [the law's] requirements--whether a United States citizen, a lawful alien or an unlawful alien--is entitled to the nonresident tuition exemption", the state law was not based on residency and, therefore, did not conflict with the federal prohibition.

Many rejoiced over the court's decision. "This is a great day," said Michael A. Olivas, a law professor at the University of Houston and an expert of higher education and immigration law, to Inside Higher Ed.

Thomas A. Saenz, president and general counsel for the Mexican American Legal Defense and Educational Fund, told The New York Times, "This law makes higher education affordable for so many students who have the added difficulty of not being eligible for federal financial aid. If they are both ineligible for aid and then face higher tuition rates, it becomes virtually impossible for students to go on to higher education." Indeed, the Los Angeles Times noted that the decision will save undocumented immigrant students $23,000 a year at the University of California.

Vice Chancellor for California Community Colleges, added, "The higher the number of degree-holders living in our state, the more likely we are to meet future workforce demands."

Others, however, were not thrilled about the decision. "This ruling almost suggests that, if you've successfully evaded a law, then you've evaded it," said Richard A. Samp, chief counsel of the Washington Legal Foundation, to Inside Higher Ed. "It's illogical to think that Congress passed this statute to make it easy for a state to evade enforcement..."

Kris W. Kobach, a law professor at the University of Missouri at Kansas City and lead lawyer for the plaintiffs, called the court's opinion "weak" and said he planned to appeal the ruling to the U.S. Supreme Court. "The California Supreme Court bent over backwards to come to the conclusion it did. And in doing so, it misinterprets a federal statute so that it means something it didn't intend to mean," he argued.