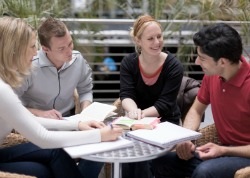 On Tuesday, California's community college system unveiled its Student Success Scorecard, a new tool designed to help students learn about different schools and to push those institutions to improve. The scorecard contains information such as student retention and completion rates for each of the system's 112 campuses, the Los Angeles Times reported. The data are available publicly on the community college chancellor's website at scorecard.cccco.edu/scorecard.aspx, and on each school's website.

"The work on the new score card is a tremendous step forward, said Debbie Cochrane, research director for the nonprofit Institute for College Access & Success. "The first step in providing the right information to all constituents is gathering data and looking at it."

The available information for each campus includes courses offered in 2011-2012 and the percentage of students who complete 30 credits, Inside Higher Ed explained. Other data includes the percentage of students who earn a degree or certificate or transfer into a technical career. The scorecard also reveals schools' persistence rate, or the percentage of students pursuing a degree or a transfer to a four-year school who stay enrolled for three consecutive academic terms, wrote the Los Angeles Times. Metrics are broken down into student demographic segments according to race, ethnicity, gender and age. Each college is compared with its own performance over time. Statewide averages are provided as well.

Sharing these metrics could make the community college system more transparent and accountable, college leaders said. The scorecards are not intended to be used for comparisons among community colleges but, rather, for people to see schools' performance and whether or not these schools are advancing over time, Inside Higher Ed indicated.

"The system was not designed as a method of ranking institutions," said Chancellor Brice Harris in Inside Higher Ed.

The scorecards currently do not contain employment figures, but an earnings component should be available next month. It would contain students' median annual wages two and five years after starting an academic program.

Also missing are college costs and financial aid, the Los Angeles Times noted. Officials said the scorecard only is intended to report student success, and that information on fees and school-related expenses can be found from other sources. Others still believe, however, that presenting financial information on the scorecards would be helpful for students. "Whether the data are enough to be useful for students and families is as yet unclear," Cochrane said.

Scorecards are among several recent recommendations by a statewide task force for enhancing the system, which has been criticized for shrinking class offerings and enrollment and for having many remedial students who don't transfer or graduate. The system has faced more than $1 billion in budget cuts since 2008.

"The scorecard will help us see what is working in California, and what needs improvement," said Manuel Baca, president of the California Community Colleges' Board of Governors, according to The Chronicle of Higher Education. Referring to Obama's nationwide objective of 5 million more associate degrees by 2020, he continued: "This will lead to increased student success, and ultimately it will help the nation reach its ambitious, yet certainly attainable, goal."