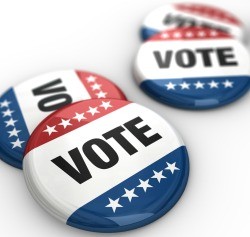 Yesterday was the first of three presidential debates for the 2012 Election. As college students across the country held debate watch parties, they listened to each candidate to either reinforce or make their decision of whom to support. As evidenced by the debate, both candidates are attempting to appeal to young voters to bring voter enthusiasm back up to the level it was at in 2008.

According to The Baltimore Sun, a major topic during the debate was the economy, particularly unemployment. As both candidates discussed their plans to create a healthier economy, students had mixed reactions to how well each fared in his responses. Nicholas DePaul, a senior at Johns Hopkins University and an Obama supporter, was disappointed in the President's explanation of how he would improve the economy and noted that "Romney is probably winning with the public" on this issue. Olivia Spector, on the other hand, thought the President conveyed his points well: "He just looks more confident -- he's not frazzled. The economy is definitely a concern, but I don't think, necessarily, that Romney would do a better job."

Another major debate issue was college affordability. During the debate, Obama specifically contrasted his plan for education reform with Romney's, asserting that the budget that vice presidential candidate Paul Ryan proposed would deprive thousands of low-income and middle-class students of Pell Grants. As The Huffington Post notes, Obama went on to share his own plan to increase access to college, stating that he would create more slots at community colleges so that people could get proper job training. He also stated that he would "keep tuition low".

Overall, as KWWL explains, students were happy that certain key issues -- jobs, the middle class, and education -- were discussed. However, the debate did not seem to sway undecided voters enough to choose a candidate. Brian Hoyer, a full-time student at the University of Northern Iowa and small business owner, said he needs to do more research on candidates' small business tax plans before making his decision. Hoyer's response to the debate is a common one. Students of both parties agree that the debate did not adequately address all of the issues that concern Americans. In order to make an informed decision, voters need to do additional research.