CareerBuilder and EMSI Release Top Jobs and Degrees for 2013 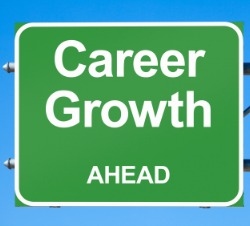 A Labor Department report published last week suggesting modest job gains and declining unemployment may have provided those seeking jobs with good news, but little direction as to where to look. A new study released by CareerBuilder and its subsidiary, Economic Modeling Specialists International, identified the nation's fastest growing fields and may help to clarify matters among those preparing to pursue a bachelor's degree.

The list of the most promising career fields requiring a bachelor's degree was built upon reported job growth in those occupations since 2010, according to Forbes. EMSI's database pulled information from more than 90 federal and state sources including the Bureau of Labor Statistics and the Census Bureau, to compile the overall list. Six of the top 10 jobs with the most growth fell in the engineering and technology fields, United Press International reported.

"The list identifies occupations that are on an upward trajectory regarding employment," CareerBuilder’s chief executive Matt Ferguson told Forbes. "Job seekers can gain insights into where companies are expanding and opportunities that are available."

The most promising field was that of software development, according to a CareerBuilder press release published on PR Newswire. The field has grown 7 percent since 2010, adding 70,872 jobs and making it the fastest growing career field since the recession, CareerBuilder disclsoed. Ferguson credited advancing technologies and data trends for the field's strong growth.

"Companies are competing to get to market first with innovations that will create new revenue streams," Ferguson told Forbes. "They want to capitalize on mobile technologies and social media. They want to extract, parse and apply Big Data to bring better solutions to their clients and their own businesses. They need technologists in place who can devise bigger and better strategies, and execute."

Software development was not the only technical field to make the list. Other science-and-tech occupations listed were for computer systems analysts; network and computer systems administrators; information security analysts, web developers, and computer network architects; mechanical engineers; and industrial engineers. All of these fields have had between 5 to 6 percent growth since 2010, according to CareerBuilder.

Though CareerBuilder and EMSI project that technology- and engineering-related occupations should see strong career growth in the next year, these are not the only industries with that projected outlook. Other occupations requiring a bachelor's degree that made the list of top 18 included those of: accountants and auditors; market research analysts and marketing specialists; human resources, training and labor relations specialists; and sales representatives.

"Workers should also see more opportunities in production-related fields, marketing, healthcare and financial services," Ferguson said in the CareerBuilder press release. "The competition for educated, specialized labor has intensified as market demands increase in both the manufacturing and services sectors."

More information on the top jobs requiring a bachelor's degree in 2013 can be found on the EMSI website.