Careerbuilder Finds the Careers that Cause the Most Weight Gain 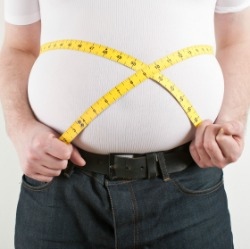 A new study released Thursday by Careerbuilder showed that workers in certain careers are more likely to experience weight gain than others. The study was conducted from Feb. 11 to March 6 and used information from a survey of 3,690 employees working within a range of occupations. In addition to collecting data on which workers reported the most weight gain, the study also revealed details about worker habits and aspects of professional environments that may be contributing to the problem.

According to the Lansing State Journal, Careerbuilder's survey showed that 4 in 10 workers reported gaining weight at their jobs. Leading the pack were administrative assistants (69 percent), engineers (56 percent), teachers (51 percent), and nurse practitioners/physician's assistants (51 percent). The fact that these jobs typically involve long hours and a busy schedule may be one reason for these statistics. In fact, 35 percent of workers in the Careerbuilder study said they ate because of stress.

Other commonly reported explanations for weight gain were sitting at a desk most of the day, office candy jar temptation, skipping meals because of time constraints, and employee celebrations and potlucks. Twenty six percent of employees who gained weight cited eating out regularly as a contributing factor to their weight woes. Furthermore, 9 percent of those who gained weight reported feeling pressured to eat food that co-workers brought in either during the workday or at workplace celebrations and potlucks.

As iTechPost noted, worker snacking may be a significant contributor to the problem. In fact, the study revealed that 70 percent of workers polled confessed snacking throughout the day. Add in the fact that thirty percent of respondents reported that they don't exercise regularly and another 11 percent said they have no exercise plans at all and you may have a recipe for tipping scales and frustration.

"Weight gain at work often comes from a combination of poor eating habits when you're on the go and not being able to fit a workout into a busy schedule," said Rosemary Haefner, vice president of Human Resources at Careerbuilder. In order to maintain a healthy weight, Haefner suggested that workers start exercising more. "Whether it's daily walks with a co-worker or taking advantage of company wellness benefits, it's important to find a way to stay active."

In addition to exercising, Careerbuilder recommends controlling portion sizes and counting calories as the key to fighting off extra pounds. Employees experiencing weight gain may also want to consider eating more fruits and vegetables and keeping track of meals in a food journal. In addition, individuals may also develop a personal fitness regimen, and make use of fitness-related employee benefits their company provides. According to the study, three in 10 workers admitted that their companies provide wellness benefits such as gym passes or an on-site workout facility. Out of those with these benefits, only 36 percent report participating.

"Gaining weight at work? You're not alone," lansingstatejournal.com, May 31, 2013, Hayleigh Colombo

"Teachers, Engineers and Scientists Among Most Likely to Gain Weight on the Job, CareerBuilder Survey Finds," careerbuilder.com, May 30, 2013, Jennifer Grasz