CareerBuilder Survey Reveals Most Unusual Excuses for Calling in Sick 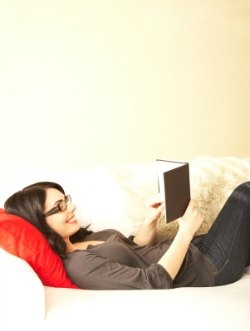 A toe stuck in the faucet. Forgetfulness about being hired. A dog having a nervous breakdown. These were actual reasons given by employees in the past year for not showing up to work. The 2012 Annual CareerBuilder Survey, released late last week, showed that about 30 percent of employees fake illness to take a day off, according to a CareerBuilder press release.

"Truth can be stranger than fiction," Jennifer Grasz, CareerBuilder spokesperson, told The Huffington Post. "Sometimes the outrageous happens. Whether your employer believes you will depend heavily on your track record and performance with the company."

According to New York Daily News, CareerBuilder started tracking absenteeism in 2004, and since then results have consistently shown that about 30 percent of workers annually fake a sick day from work. This year, the survey tracked responses from 2,494 U.S. hiring managers and human resource professionals and 3,976 full-time U.S. workers who completed answers online from August 13 to September 6.

Many employers reported calling in sick to work for various reasons. For example, the press release noted that 34 percent reported they didn't feel like going; 29 percent indicated they needed to relax; 22 percent had a doctor's appointment; 16 percent needed more sleep; and 15 percent had errands to run. Employers admitted to occasionally checking in on employees who called in sick: 29 percent phoned the ill worker later in the day or required them to submit a doctor's note, while 14 percent drove by the employee's home, according to The Huffington Post.

Rosemary Haefner, CareerBuilder's vice president of human resources, noted that if employers are going so far as to try to catch a worker in a lie, something else may be going on.

"As an employer, you don't want to pry into the employee's personal life, but in some cases you may need more explanation as to why he or she can't be at work that day," Haefner said in Forbes. "If you are taking measures to try to catch an employee, then there clearly is a bigger trust issue at hand. If you don't trust your employees, it can be difficult to establish a productive and mutually supportive work environment."

Lying to a supervisor can be detrimental and may even cost an employee his or her job: the survey showed that 17 percent of bosses fired workers for fabricating a sick day excuse. Lying can also bring an employee's credibility under the scope. Instead, when needing a sick day, employees may want to take a more direct, but simple approach. This includes providing very basic information about the need for a day off.

"Many employers will allow employees to use their sick days for mental health days," Grasz said in the New York Daily News. "They want employees to recharge and be productive."

The press release also noted that an uptick in absenteeism occurred during the holidays. Thirty-one percent of employers noticed that more people called in sick during the winter; December was the most popular month followed by July, January and then February.

"The Most Ridiculous Excuses For Calling In Sick," forbes.com, October 11, 2012, Jacquelyn Smith