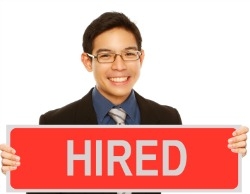 Looking for a job? You may want to consider moving to Salt Lake City, suggests a new study from Economic Modeling Specialists International, a CareerBuilder company. This major Utah city is just one of dozens of U.S. metros that are generating jobs fairly quickly - and not always in the industries you might expect.

Job creation is not uniform across the nation. According to CBS Moneywatch, for instance, the unemployment rate in Yuma, Ariz. tops 34 percent; in Bismark, N.D., it is a slight 2.5 percent. The national rate, per the latest Labor Department report, is 7.4 percent. The new EMSI and CareerBuilder study lets people identify which major U.S. cities are booming, or struggling, economically.

"Since 2010, the national workforce has grown four percent, but more than 40 large metros have eclipsed the national growth rate," Matt Ferguson, CEO of CareerBuilder, told EMSI. He said areas with a high concentration of computer systems, data processing and software publishing firms fared well, as did those experiencing a resurgence of manufacturing jobs. Energy and health care expansion also play a role.

One way many cities are successfully generating jobs is by thinking outside the metaphorical box when it comes to developing industries, notes United Press International. For example, though software publishing is usually tied to Silicon Valley, the study it is a growing force in major markets like Atlanta and Boston. Oil and gas extraction -- once considered to be the major driver of high-wage job growth in Texas and Oklahoma -- is now driving growth in Denver. Motor vehicle parts manufacturing, which has traditionally been centered in areas like Detroit, is now shaping economic growth in Louisville, Birmingham and Nashville.

Of course, strong job growth -- in any industry -- usually only benefits those living in the region, and as CBS Moneywatch notes, Americans are less likely to relocate than they were a few decades ago, even for economic reasons. In 1985, more than 20 percent of the U.S. population moved to a different county, whether in-state or out. According to the Census Bureau, that figure dropped to just 12 percent in 2012.

"The overall mover rate for the nation has increased since a record low," Alison Fields, chief of the Census Bureau's Journey-to-Work and Migration Statistics Branch, said in a statement acquired by Moneywatch. "However, compared to previous years, mobility is still low for even our most mobile age group -- 18- to 29-year-olds."

CBS Moneywatch notes that people consider a number of factors when deciding if and where to move, like home prices, proximity to loved ones and cultural preferences. Jobs, it seems, are not enough to prompt major migration, even in less favorable economic times.

"Click to see where the jobs are," cbsnews.com, September 5, 2013, Constantine Von Hoffman