Carrying A Torch For Recycling 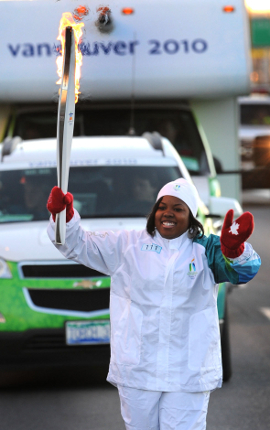 Any fan of the Olympics has had the fantasy of being a part of it. Crystal Hardy made it happen, not by training but through recycling.

Hardy, 20, was chosen by Coca-Cola's Positive Living initiative to be one of 20 young people selected as official Olympic Torchbearers, thanks to her work in the green arena.

After seeing an announcement that applications were being accepted for the program, Hardy reached out to her former Girl Scouts leader and asked for a recommendation. Within three days, the forms were signed sealed and delivered and within a month Hardy got the call she was waiting for; she had been accepted.

Hardy, now a student at Georgia Southern University, co-founded Laurens County Green Teens as a high school student. The program encourages every middle and high school in the county to collect PET 1 bottles, which were then donated to a local business that recycled them into carpeting. The school programs, headed up by two student leaders from each school, earned money on a pound-per-pound basis to help fund school programs. The group also went from school to school, educating students on the importance of recycling, which items Laurens County, GA collected and how and where to recycle each item.

When Hardy wasn't talking recycling, she was volunteering. Hardy, who grew up in Dublin, GA, organized the Playground for W.I.N.G.S. Project, dedicated to building a playground at a local women's shelter. Crystal obtained all materials and managed 150 volunteers.

Coca-Cola was impressed enough to offer her a spot as one of several Torchbearers who would carry the flame through Calgary. Hardy was overjoyed.

"I received a phone call one morning and they told me it was Coca-Cola [calling] and as soon as they said that I knew what it had to be because I won," she said, her voice as excited as if it happened yesterday. "I couldn't think of any other reason why they'd be calling. It was so exciting."

After being chosen, Hardy was sent a list of the other winners as well as several packages of gifts and information. In January Hardy and Peggy Green, the Girl Scouts leader from Laurens County who nominated Hardy, were whisked off to Canada compliments of Coca-Cola. Hardy's mother and a friend also joined them.

Pumping Iron to Carry the Flame

Hardy arrived a day before her big run, which wasn't actually that big. At only 300 meters, no training was involved for Hardy. She did, however, pump some iron to prepare for the big day, which happened on January 18th. 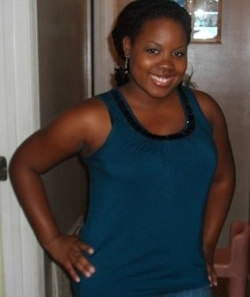 Hardy says the excited started to build as soon as she was dropped off at the point where she would collect the flame from the previous runner. Wearing her official Torchbearer uniform and holding a torch, passersby soon realized that they were in the presence of someone special.

"There were a few people at my point when I arrived but then people started gathering around, taking pictures, asking me where I was from and how I got chosen and what this meant to me," she said. "When the time came for me to run, a police officer came and pulled me into the middle of the road and he turned on the gas canister on my torch, pointed out where the [television] cameras were and reminded me that I had to run in the middle of the road and to enjoy myself and take my time. And that was it."

Once the run was over, Hardy celebrated along with the rest of Calgary at the city's celebration, which coincided with the torch leaving the city.

"I actually still had my uniform on and was holding my torch so I stood around for about an hour taking pictures with a lot of the citizens of Calgary just because they were so excited and elated," she said. "I don't know how to describe it. It was like everyone was unified just to see the torch and when they found out that was one of the torches that had been run that day, everyone wanted to take pictures and ask questions about how I got chosen and how it felt.

"It was a spirit of unity among everyone that ran as well as all of the residents of Calgary," she continued. "The [final Calgary] torch came through down the middle of the road. There was snow on the ground and everyone was standing back on the sidewalks. When the last person came through with the torch they ran it into the middle of the crowd. There was music playing, they sang [the Canadian] National Anthem. There were lots of little venues there and places to play games. It was just a gathering to celebrate the honor and privilege of having the flame coming through the city."

Her friend and mentor, Peggy Green, thinks that Hardy very much deserved the honor.

"She deserved to participate in the Olympic Torch run due to her many accomplishments, including earning her Girl Scout Gold Award, planning and building a playground at a local women shelter and starting a countywide recycling program that not only recycles but also pays money to the local schools for the bottles turned in," Green said. "She also worked with young students, tutoring them, at the local Communities in Schools. These are but a few of her biggest accomplishments. She did all of these before the age of nineteen. Crystal also received the highest monetary award from Coke as a scholarship. She is part of the recycle team at Georgia Southern University, and is a member Oxfam International."

A Fan Is Born

Being part of the longest torch relay in history--the torch traveled nearly 28,000 miles, zig zagging through Canada in the hands of 12,000 Torchbearers--has made Hardy a serious Olympic fan.

With the Olympic run behind her, the flame is not out on Hardy's sustainability efforts. She is currently volunteering with the Environmental Sustainability Office on campus and directing her attention on promoting recycling after football games. She is also part of a team that has made Georgia Southern University the first university in the state to exclusively use compact florescent light bulbs.

With a double major in American Sign Language Interpretation and Math, Hardy doesn't see herself working professionally in the green arena but knows it will remain a passion.

"I will continue in my sustainability efforts just because sustainability should be something everybody does on a daily basis," she said. "It shouldn't be something that you even have to think about. And hopefully I have a bigger role to play in it as far as educating others."