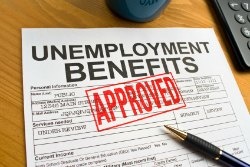 Federal unemployment benefits are set to expire December 29, but a slight increase in the nation's GDP and additional jobs could result if Congress votes to extend them, according to The Huffington Post. These findings, just released by the U.S. Congressional Budget Office, could help lawmakers decide whether to extend benefits, which is estimated to cost approximately $30 billion.

The Huffington Post reported that expanding benefits could allow the 2 million unemployed people who would be affected to keep purchasing necessities such as food and living expenses. As a result, the economy should spur GDP growth by two-tenths of one percent by year-end 2013, which would be the equivalent of 300,000 additional jobs.

In the past five years, the federal government has invested $520 billion in unemployment benefits, according to The Washington Post. These benefits work in conjunction with state benefits by extending pay to up to 99 weeks total in some states.

The question before lawmakers is whether to extend existing federal benefits and at what cost. Two programs are set to expire at the end of the month. The first, the Emergency Unemployment Compensation program, offers up to 47 weeks of benefits, depending on a state's unemployment rate. The other, the Extended Benefits Program, provides another 20 weeks to eligible individuals, The Washington Post explained. However, these only become available after state benefits end, typically after 26 weeks, according to The Wall Street Journal.

Congress has a number of options to consider. The first could be to extend both of these programs for another year at a cost of $30 billion. Alternatively, they could simply choose to extend the first phase of federal unemployment benefits through 2013, which would cost $14 billion for the year. Another option is eliminating the four-tier system that comprises extended benefits, but continue federal funding and split the cost between the states and the federal government, reported The Wall Street Journal.

No matter what decision is made, the CBO report showed that any extension for an entire year would boost the GDP by $1.10 for every actual dollar cost. Many Congressional Democrats support reauthorization of the extended unemployment plan while Republicans are showing some push-back at potential costs, according to The Huffington Post.

The reauthorization deadline is fast approaching, and in addition to the 2 million people who could lose their benefits at the end of the month, another 1 million could see them expire in April, reported The Washington Post.

"The non-partisan Congressional Budget Office, independent economists, and policy think tanks have consistently found that unemployment insurance is one of our best economic stabilizers and generates tremendous bang for the buck relative to other economic policies," Senator Jack Reed told party leaders this week, as reported by The Huffington Post. "Given the potency and efficiency of unemployment insurance there should be no reason to let it lapse or expire."

"Unemployment Insurance in the Wake of the Recent Recession," cbo.gov, November 2012