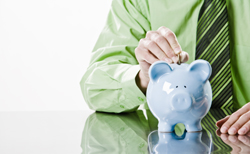 The Obama administration's economic stimulus plan, known as the American Recovery and Reinvestment Act (ARRA), had some positive economic impact, reported The Hill.

The Wall Street Journal reported that Vice President Joe Biden said in a statement that the CBO report confirmed that the "Recovery Act is working to rescue the economy from eight years of failed economic policy and rebuild it even stronger than before".

The CBO report was also a small boost for President Obama and Democrats, stated The Hill, as they have faced strong opposition from Republican leaders who argued that the stimulus plan failed to keep unemployment rates around or below nine percent and has contributed to deficits of approximately $1.4 trillion in 2009 and this year. Indeed, CBO and the Joint Committee on Taxation initially estimated that ARRA would increase budget deficits by $787 billion between fiscal years 2009 and 2019. Now, however, it was estimated that over the 10 year period, the total impact will be slightly higher at $814 billion. Republicans have leveraged the stimulus in their election year case against Democratic leaders.

The report noted that although CBO analyzed data on output and employment since ARRA's enactment, the overall economic effects cannot be fully determined because "isolating the effects would require knowing what path the economy would have taken in the absence of the law". Because that cannot be observed, noted CBO in its report, "the new data adds only limited information about ARRA's impact".

"Estimated Impact of the American Recovery and Reinvestment Act on Employment and Economic Output From April 2010 Through June 2010," cbo.gov, August 2010, Congressional Budget Office