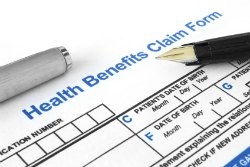 Major elements of the Affordable Care Act -- also known as Obamacare -- are set to take effect in 2014, including the employer mandate that will require employers to offer health care benefits to employees who work 30 hours per week or more. For adjunct professors at one school, however, the legislation will not result in an expansion of coverage, but rather a loss in earnings as officials try to limit the institution's financial burden.

Alex Johnson, president of Pennsylvania's Community College of Allegheny County, announced that the institution would trim hours for about 400 of its part-time workers to avoid providing them with health insurance coverage, according to the Pittsburgh Post-Gazette. Temporary part-time employees, like clerical or computer professionals, will be limited to 25 hours per week while adjunct professors will be capped at 10 credits per semester. The college estimates the move will save $6 million.

"While it is of course the college's preference to provide coverage to these positions, there simply are not funds available to do so," David Hoovler, executive assistant to the president of CCAC, told The Huffington Post. "Several years of cuts or largely flat funding from our government supporters have led to significant cost reductions by CCAC, leaving little room to trim the college's budget further."

Hoovler noted that students have also seen tuition increases and the college had explored other means of cutting hours without "finding an affordable option." CCAC's announcement was not a surprise to Matt Williams, who serves as vice president to the New Faculty Majority, a national coalition for adjunct faculty, according to Inside Higher Ed. Still, he said he was disappointed about the school's decision, which will be effective December 31.

"This so-called Affordable Care Act could have pushed colleges and universities in a couple different directions, but we'd hope they'd be good, responsible actors," Williams told Insider Higher Ed. "We'd hoped they'd recognize the need to provide health benefits and a living wage -- or at least not a poverty wage -- to highly skilled, highly educated workers."

CCAC adjunct English professor Clint Benjamin, who pays for his health care insurance out of pocket, told Inside Higher Ed that he hoped the Affordable Care Act would improve his circumstance. Instead of finding relief, however, he estimated that his reduced course load will result in up to $600 less in monthly earnings.

"There's frustration and anger and sadness and resentment, you know, but you don't have a voice," Benjamin told Inside Higher Ed.

"So Close Yet So Far," insidehighered.com, November 20, 2012, Colleen Flaherty