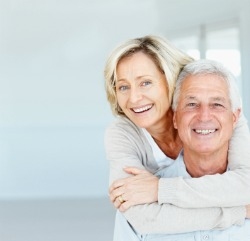 A report released by the Centers for Disease Control and Prevention's National Center for Health Statistics found that education is the key to a longer life.

As reported by USA Today, the CDC report found that the more educated you are, the longer you are likely to live. Individuals who have earned a bachelor's degree or higher, for instance, live about nine years longer than those who have not graduated from high school. This is most likely because more educated people make healthier lifestyle choices. CBS News reported that in 2010, 31 percent of U.S. adults with a high school diploma or less were smokers, while just nine percent with a four-year degree or higher smoked.

"Highly educated people tend to have healthier behaviors, avoid unhealthy ones and have more access to medical care when they need it," explained Amy Bernstein, a health services researcher for the National Center for Health Statistics and lead author of the study, to USA Today. "All of these factors are associated with better health."

According to HealthDay, the benefits varied for men and women. Forty three percent of women aged 25 and older who have not earned a degree were obese. For men, however, educational attainment did not have an effect on obesity. Additionally, men seemed to fare better in terms of life expectancy when compared to women--men aged 25 and older with a college degree lived about nine years more than men without a high school diploma. For women, on the other hand, those who were more educated lived about eight years longer.

People with more education tend to have higher income, which gives them access to healthcare and other preventative services. According to Bloomberg Businessweek, the report found that an increasing amount of people do not have health insurance and go without medication because they simply cannot afford it. HealthDay pointed out that this is a trend that has not changed through the years.

"Not having education and being poor is detrimental to your health," said Bernstein to HealthDay.

"It's all interconnected," said Bernstein to USA Today.

"Education Is Key To Health: Report," consumer.healthday.com, May 16, 2012. Steven Reinberg