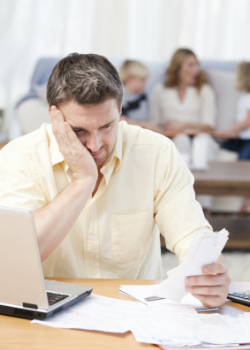 According to new research from the Centers for Disease Control and Prevention, suicide rates tend to rise when the economy takes a downturn and declines in periods of economic recovery, reported The Wall Street Journal.

The CDC analyzed the 13 recessions that occurred between 1928 and 2007 and found that the rate of suicides increased during 11 of the recessions. Conversely, as the economy recovered, the suicide rate dropped in 10 of the 13 expansions.

Interestingly, noted the Los Angeles Times, the link between suicide rates and economic recessions had the greatest impact on working-age individuals, adults between 25 and 54 years old. The study did not, however, look at any differences between women and men.

That working-age adults were so susceptible to economic conditions did not surprise the authors of the study. They noted that this group tends to be the one responsible for mortgage payments, health insurance, children's educations and other expenses. Furthermore, Dr. Alexander E. Crosby, a medical epidemiologist in the CDC's Division of Violence Prevention and a co-author of the paper, stated that economic misfortune is not the only factor that leads to suicide.

"The social unrest and tumult of the 1960s may have added to young people's mental stress and therefore contributed to their continually rising suicide rates," wrote the authors. "For elderly groups, the rapid increase in Social Security benefits in the late 1960s may have provided a safety net in hard times."

While suicide is difficult, sometimes impossible, to predict, the study should give organizations and doctors a better sense of when risk is high and among which groups. The Los Angeles Times added that prevention efforts should be focused on communities affected by plant closings or other widespread economic hardships.