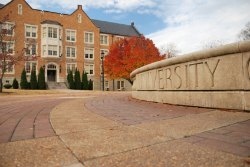 The Council of Graduate Schools released a new report showing a drop in the number of first-time students enrolling in graduate school, even though the number of applications increased over the past year, according to The Chronicle of Higher Education.

The report, "Graduate Enrollment and Degrees: 2001 to 2011," is based on survey responses from 655 colleges and universities. These institutions award about 74 percent of the nation's master's degrees and 91 percent of doctoral degrees each year.

Much of the enrollment decrease occurred at the master's level and certificate programs, but not so much at the doctoral level. In fact, Inside Higher Ed reported that enrollment in Ph.D. programs rose 1.5 percent in 2010 and 0.5 percent in 2011.

"It's a matter of serious concern that we are losing enrollment almost across the board for U.S. students," Debra Stewart, president of the Council of Graduate Schools, said in The Chronicle of Higher Education.

According to The New York Times, the drop in enrollment for graduate studies could be due to financial considerations as students may still be paying off debt from undergraduate school. Additionally, lack of funding may have also affected enrollment in the field of education.

The New York Times pointed out that the two-year overall enrollment decline followed two years of gains in 2008 and 2009. A possible reason for the previous growth spurt could be the recession, which forced many who were unemployed to look to higher education as an alternative. Now, financial considerations, such as increasing student debt and state budget cuts that affect graduate-level financial aid awards, may be scaring potential grad students away.