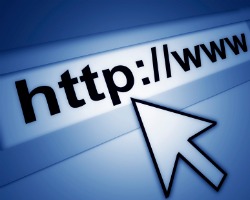 Instead of searching through voluminous amounts of online applications as many employers have done in the past, they are going to hunt for candidates themselves, The Wall Street Journal reported.

Many companies plan on scaling back their use of online job boards, which they say produce mostly unqualified leads. Instead, they plan on looking for candidates with a particular expertise on places like LinkedIn, the online professional networking website, before posting an opening. As a result, corporations are beginning to hire recruiters with expertise in headhunting and networking, rather than those with experience processing paperwork.

According to a December survey from the Corporate Executive Board, a business consulting firm, about 24 percent of companies plan on decreasing their use of third-party employment websites. About 80 percent of those surveyed said they plan on increasing their use of alternatives to online job boards, which include employee referrals and other websites like Facebook and LinkedIn.

"Recruiters had to put in all this extra time to read applications but we didn't get benefit from it," said Arie Ball, vice president of talent acquisition at food services company Sodexo USA.

Ball said that applications to some management-level openings rose by more than 50 percent since the recession started, but most of the candidates were unqualified. Currently, the company is hiring recruiters who specialize in headhunting, rather than those who are good at processing and filtering applications.

In addition, more than 500 leading US corporations are collaborating to launch a new platform, called the dot-jobs (.JOBS) Top Level Domain, according to a press release. The new platform comprises tens of thousands of geographic, industry and occupational websites ending in the dot-jobs suffix. Some examples of the websites include www.boston.jobs, www.insurance.jobs and www.technology.jobs.

"The very largest of employers in the world have pooled their resources to build this recruitment vertical," said Bill Warren, executive director of DirectEmployers Association and former president of the Monster.com job board. "They want greater efficiencies from the Internet and are taking matters into their own hands to invest in the outcome...The potential for cost savings is natural, real and sustainable as well as available free of charge to every employer worldwide regardless of industry or size."

With all these changes to the online job hunting landscape taking place, candidates will have to be proactive in their job searches. According to Intuit recruiting director Chris Galy, job seekers should take advantage of tools such as LinkedIn, Twitter and Facebook to connect with recruiters, IT Business Edge noted.

"My recruiters are not invisible, they're out there," Galy said. "So if you want to engage, to ask questions about what it's like to work at Intuit, to ask, 'Do you have any jobs like this?' We're out there and most of the leading companies are out there. There's a trend in the recruiting industry. So if you're not using those 24/7-type tools in your career search, you're going to be left behind."