Chicago Education Board Votes to Shut Down 50 Schools 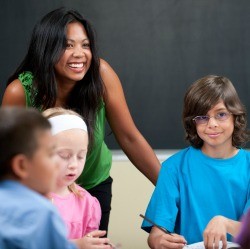 The Chicago Board of Education voted on Wednesday to close 50 public schools, marking the largest school closure at a given time by a major American city, The Washington Post reported.

One high school and 49 elementary schools are set to shut down. The decision came as a result of significant budget problems in the city, which is currently experiencing a $1 billion deficit. According to officials, low enrollment has resulted in inefficient and underutilized schools. Funds that could be going toward classroom activities are instead being used for operations and maintenance at these schools. Barbara Byrd-Bennett, chief executive of Chicago Public Schools, defended the board's decision in a statement quoted by The New York Times: "The greatest challenge facing our school system right now is that tens of thousands of children every year are trapped in underutilized schools and under-resourced schools…We cannot maintain a system that cannot be sustained and does not benefit the children."

The Chicago school district has closed roughly 100 schools since 2001, as the city now has 145,000 fewer school-aged children than it did over a decade ago. Four additional schools were originally going to be shut down, but Byrd-Bennett ended up removing them from the list.

Chicago Public Schools plans on saving approximately $500 million over a period of 10 years with the school closures. The Washington Post noted that money saved from the closing schools will be allocated toward schools taking displaced students.

Closure decisions come amid protests from parents, the Chicago Teachers Union and some Chicago aldermen. One major concern of protesters is that children may have to cross gang lines on the way to their new schools. However, as stated in The New York Times, Byrd-Bennett assured residents that the police department and the district are working on a safety plan for consolidating schools.

Safety, however, is not the only concern that opponents of the board's decision have. Parents are worried and have filed lawsuits asserting that the closures would particularly harm minority students, thereby violating the Illinois civil rights law, and would disrupt and uproot special education students, violating the Americans with Disabilities Act. Catalina Simon, parent of a 10-year-old Trumbull student, expressed her distress on the latter consequence in the Chicago Sun-Times: "My son is borderline autistic, and it's not going to be easy to move him. These are really happy kids here, and a lot of them, have special needs."

Rather than voting on whether to shut down each individual school, the education board grouped together most of the schools in question and took a single vote for closure. Chicago Teachers Union President Karen Lewis criticized the board for its decision-making method: "What is amazing to me, is that these people couldn't even call out the names of the schools out loud that they were destroying. And that they couldn't even say yes or no, to each individual school, but group them together by numbers, and didn't even vote, said we'll take the last affirmative. They should have all done that. They should have had the courage to do this deed in the open and correctly."

The board's decision takes effect almost immediately for the majority of schools: 48 schools close in June, Canter Elementary closes after a year, and Attucks Elementary closes after the 2014-2015 academic year. The Chicago Sun-Times estimated that about 27,000 children could be affected. Kirstin McGinnis, a teacher's assistant at Jesse Owens Elementary, voiced her thoughts on her school's closure: "I know all 400 of these children by name. I would like to stay with my kids, and it hurts knowing we may not have a relationship with them anymore. But right now, it's just a little bit draining because we have to continue to give these kids what they need through the end of the school year, while dealing with our own job issues."

"CPS makes history, closing scores of schools in less time than it takes to boil an egg," suntimes.com, May 22, 2013, Lauren FitzPatrick