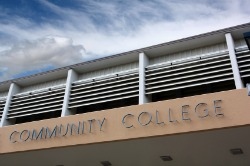 Despite making changes over the past year to maintain its accreditation and prevent its doors from closing, last Wednesday the City College of San Francisco found out that the Accrediting Commission for Community and Junior Colleges would end the school's accreditation by the end of July 2014, reported The Chronicle of Higher Education. CCSF, however, plans to fight the decision in order to continue serving its 85,000 students.

According to the Los Angeles Times, the commission made the decision to strip CCSF's accreditation due to a number of issues, including deficiencies in fiscal planning, administration and student support services. Additionally, the commission stated that the school failed to fix a number of other problems that were highlighted when the school was first notified to "show cause" as to why it should maintain its accreditation nearly a year ago.

Inside Higher Ed reported that CCSF plans to request a review by the accreditor to overturn the decision. Also, special trustee Robert Agrella was appointed to replace the school's governing board and get the college back on track, noted the Los Angeles Times. Another option for CCSF would be to merge with an accredited institution. The Chronicle of Higher Education pointed out, however, that this is unlikely as nearby community colleges are not as large as CCSF so such a merger would be too risky. Operating without accreditation is also not a viable option, as it would mean that students would not be eligible for federal aid and would not be able to transfer credits to other institutions. Lastly, seeking accreditation from another accrediting body is not allowed by state and federal rules.

Many CCSF students are shocked and worried about the future of their credits and degrees, noted Inside Higher Ed. As a result, enrollment has dropped and school officials worry that the school could continue to lose students as well as professors and staff members.

"We've been losing an incredible amount of talent, both through retirement and people going elsewhere," said Alisa Messer, an English instructor at CCSF and president of the school's primary faculty union, to Inside Higher Ed.

"City College of San Francisco Is Told It Will Lose Accreditation in 2014," chronicle.com, July 3, 2013, Peter Schmidt