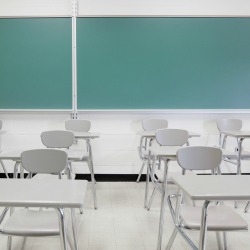 In danger of losing its accreditation, City College of San Francisco recently outlined what it plans to do should the school have to close its doors next fall.

This past July, the Accrediting Commission for Community and Junior Colleges highlighted a number of issues that CCSF needed to address in order to keep its accreditation. Since then, the school has been working hard to make changes, but with just two months left until officials must present a final report to the commission, some are worried that there is too much that still needs to be done.

Earlier this month, the SF Examiner reported CCSF officials had asked for an extension on the March 15 deadline. Bob Agrella, the state-appointed trustee assisting the college, noted that some teachers and staff have been resistant to change, particularly after significant pay cuts and layoffs. Their resistance has caused problems and slowed down the process.

“Change is difficult for any institution, and we’re talking some major changes across an institution,” Agrella explained in the SF Examiner. “It would be nice to take a year to do some of these changes, but we don’t have the luxury of time.”

It is unclear whether an extension has been granted.

According to another article from the SF Examiner, CCSF recently released a draft report outlining what officials have done so far to address the issues. The report showed that the school has already done things such as approve a new mission statement, create a new administrative structure and close campus locations. The draft report also included a plan for if the school lost its accreditation and was forced to shut down.

If CCSF does close, the college has said it would help its more than 40,000 students who are currently earning college credit or vocational certificates. If the commission grants permission, students who have finished three semesters—or 75 percent of their program—could complete their work at City College. Otherwise, the school would help those students find another program elsewhere. The 40,000 CCSF students who are taking free, noncredit classes would not receive any assistance.

Neighboring colleges will be notified if CCSF has to shut down so that they can assist students. SF Gate noted, however, that some of these colleges are also questionable as they are either on warning from the accreditation commission or on probation.

The commission is currently scheduled to meet in June to discuss the future of CCSF.

“CCSF outlines what would happen if it were to close,” sfexaminer.com, January 21, 2013, Andrea Koskey