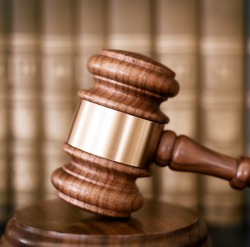 Skyrocketing student debt and a difficult job market have forced some college graduates to take jobs that do not use their educations at all -- including law students. Perhaps this can at least partly explain why, according to the Law School Admissions Council, the number of law school applicants has declined sharply over the last three years. One school hopes to buck that trend by becoming the first law school in the nation to offer a "risk-free" law degree.

Cleveland-Marshall College of Law at Cleveland State University has announced a new convertible degree option it says will remove some of the personal and financial risk that go with committing to a three-year law degree. According to a release published on the school's website, any J.D. student who decides not to complete law school after finishing their first year of students can graduate with a Master of Legal Studies degree, or M.L.S., without taking any additional courses at all.

"There are many good reasons why a law student may decide not to continue to pursue a J.D.," said Craig M. Boise, dean of Cleveland-Marshal, said in the releasel. "They might have financial concerns, family or personal issues, or they may realize that though they still have an interest in law, a career in traditional legal practice is not right for them. For these students, the first year of law school might have seemed like a waste, and a hard-to-explain item on their resumes. Now they can leave with a master's degree that we believe will be attractive to employers."

According to the release, Cleveland-Marshall is one of the first law schools in the country to offer an M.L.S. program, which it describes as a graduate level degree designed for those who want to use their advanced legal savvy, but do not want to take the bar exam. Cleveland-Marshal says the program is designed for those who enter other fields, but routinely interact with lawyers or deal with contracts, regulation or compliance issues.

The jury is still out on whether M.L.S. degrees will offer graduates a more promising career landscape than those who earn J.D.s. According to The Huffington Post, the value of these programs remains hotly debated among legal educators and bloggers. As one blog commentator put it, reports the Post, "If the J.D. is not attractive to employers, why would 1/3 of a J.D. be attractive to employers?"

Whatever the controversy surrounding M.L.S. degrees, one could argue that the Cleveland-Marshall convertible degree program at least offers law students another option should they choose not to complete their legal education.

"Cleveland-Marshall has historically been an institution that operates with a keen understanding of current guiding social and economic forces that affect our students and their opportunities, and as such, we evolve," Boise said in the release. "(The convertible degree option) represents yet another positive innovation for our law school."