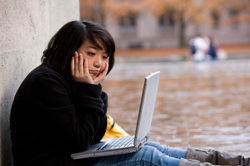 At a time when emotions and stress are already high, Christopher Newport University put high school graduates on another rollercoaster on Wednesday. The Daily Press reported that some 2,000 applicants received acceptance letters via email by mistake.

According to the Richmond Times-Dispatch, emails with the subject line "Welcome to CNU!" were sent out to students at about 2:30pm, only to be followed by an apology email around 6:45pm. The Daily Press noted that the mistake was a human error.

The email was a follow up message for students who had already received an acceptance letter in the mail. It was meant to be a reminder to register for orientation. In the email, students were also welcomed to the CNU family and were complimented on the quality of their application.

Vice president for student services Maury O'Connell wrote, "We understand that for some students this is a highly emotional time, and we would like to express our regret for any additional anxiety this may have caused." CNU spokeswoman Lori Jacobs added that every student who received the email, which was sent by an employee who accidentally included more names from the database than intended, will be personally contacted.

Whether CNU was a top choice or not, many students were upset.

"I was really disappointed and sad," said Alice Minium, a student at Summit Christian Academy. "I thought even if I do get accepted to CNU, I don't know if I want to go there because this is pretty unprofessional." Although CNU was not at the top of her list, Minium said she felt bad for those who really wanted to attend CNU.

"Given the emotion involved in the college selection process, this seems particularly cruel," said one Richmond-area father who said his daughter was very embarrassed by the situation.

According to The Daily Press, official decision letters will be sent via mail by March 15 and those who already received decision letters in the mail can rest assured that their acceptance status has not changed.