College Abuse of Adderall On the Rise 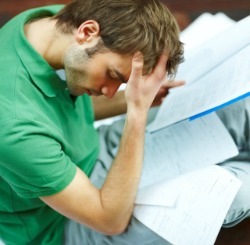 Adderall is a pharmaceutical drug commonly used to treat attention deficit hyperactivity disorder and narcolepsy. However, a growing number of college students are seeking out the drug for use as a study tool, mainly due to the concentration-enhancing nature of the drug's ingredients. An ongoing study at the University of Maryland recently noted that 10.8 percent of students surveyed nationwide used prescription stimulants for non-medical use in the last year, reports WJLA. In addition, 35.6 percent of students reported using prescription stimulants outside of a doctor's care within their lifetime.

Part of the problem, according to researcher and criminal justice expert Laura Dykstra, is a general lack of understanding about the potential dangers of the drug and the negative consequences of illegally giving it to others. Because of this lack of understanding, students are prone to share the drug with friends, as opposed to selling it, added Dykstra.

"The fact that it's being shared shows that students don't believe there's anything wrong with it," explained Dykstra to WJLA.

According to the Daily Emerald, students are also selling their Adderall in some cases, despite the fact that there are dire consequences for doing so. For instance, selling Adderall is a class B felony in the state or Oregon, making it a risky endeavor for students. But the drug has become so prevalent that students are no longer taking these risks seriously when they choose to share or sell their prescription pills.

Eric, a student at the University of Oregon, has been prescribed Adderall for three years, ever since enduring several concussions during his high school football career. And although he doesn't consider himself a drug dealer, he openly admits that he has sold his pills in the past.

"I never had the intention to sell my Adderall," Eric told the Daily Emerald. "But when a good friend is in an academic crisis and desperate, I sell him a pill. I haven't had my prescription filled in two years, so this obviously isn't a business venture for me."

A situation like Eric's goes to show how lightly college students treat the illegal use of Adderall for academic purposes. Further illustrating that point is a recent study from Brigham Young University which examined how often college students turn to Twitter to talk about the drug, reports USA Today. The answer: a lot.

From December 2011 to May 2012, researchers studied tweets mentioning the word "Adderall" and linked them to college students based on GPS data.

"213,633 tweets from 132,099 unique user accounts mentioned 'Adderall.' The number of Adderall tweets peaked during traditional college and university final exam periods. Rates of Adderall tweeters were highest among college and university clusters in the northeast and south regions of the United States. 27,473 (12.9%) mentioned an alternative motive (eg, study aid) in the same tweet," wrote the authors of the study.

In addition, the study showed that the most common substances mentioned with Adderall were alcohol (4.8%) and stimulants (4.7%). Other key words mentioned by students alongside Adderall were sleep deprivation (5.0%) and loss of appetite (2.6%).

The fact that students mention Adderall on Twitter further proves that abuse of the drug is not taken seriously on college campuses. "Twitter posts confirm the use of Adderall as a study aid among college students. Adderall discussions through social media such as Twitter may contribute to normative behavior regarding its abuse," the authors of the study concluded.

"Tweaking and tweeting: exploring Twitter for nonmedical use of a psychostimulant drug (Adderall) among college students," http://www.ncbi.nlm.nih.gov/pubmed/23594933