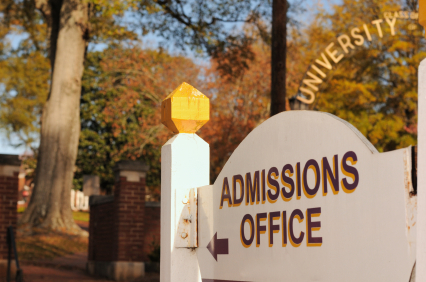 In contrast to many institutions that now prefer wealthier applicants who can foot tuition without financial aid, Hamilton College in upstate New York has pledged to consider applicants based solely on merit.

"It is partly because of the economic uncertainty faced by the families of students seeking a Hamilton education that we are doing this now," explained the college's president, Joan Hinde Stewart, who was quoted by the Utica Observer-Dispatch.

The new need-blind policy essentially guarantees admission to anyone who is academically qualified, regardless of their ability to pay. A move such as this is notable because in recent months, more institutions hit hard by the economic downturn have been shying away from need-blind admissions. Inside Higher Ed points out that the announcement is particularly significant because while Hamilton is one of the wealthier private colleges, it is "not in the multi-billion-dollar endowment stratosphere of most of the institutions that are both need-blind and meet full need."

Monica Inzer, the dean of admission and financial aid, explained that the need-blind policy will help ensure access to a wide range of students. "Need-blind isn't the goal," she told Inside Higher Ed. "Access is the goal, and need-blind is one of the levers to go there."

The initiative is expected to cost Hamilton an additional $2 million annually. Currently, the school grants nearly $25 million in financial aid. Six of the institution's trustees have each agreed to pledge $500,000 towards the new policy, which will take effect this fall. The college also plans to raise $40 million as a permanent endowment to help cover need-blind admissions.

Hamilton's tuition, room, board and fees cost about $50,000. In the past several years, the college has admitted more than 90 percent of its class without considering need. Inzer told The New York Times that last year, 3 percent of the decisions were revised on the basis of need, while two years ago, it was 7 percent.

Inzer acknowledged in the Times that the move was "a little risky right now." Nevertheless, she said, "It's not always easy to do the right thing."