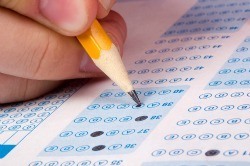 After a year of waiting and wondering, The College Board finally released details of the changes that will be made to its college entrance exam.

Last year, College Board president and CEO David Coleman announced that the SAT would undergo a redesign but revealed little details about what kind of changes would be made. At the end of last year, he then announced that the launch of the new revamped exam would be pushed out to spring 2016. On Wednesday, details of the overhaul were finally announced.

According to The New York Times, the changes are extensive. Coleman explained that the SAT has been redesigned to focus more on skills and evidence-based thinking, rather than test-taking tricks and strategies. In order to achieve that, College Board has refined both the reading and math sections and made the essay section, which was introduced in 2005 and has received fierce criticism from education experts including Coleman, optional. The guessing penalty, which deducted points for incorrect answers, will be eliminated, and the total possible score will revert back to the 1600-point scale. The new exam will now be available in paper and computer versions.

The new reading section, which will be renamed "evidence-based reading and writing", will no longer include infamous "SAT words" and instead will be replaced by words that are more often used in college courses. According to CNN, the section will also ask test-takers to support their answers with evidence in passages from a broader range of disciplines, such as science, history, social studies and literature. The math section, which currently spans across many topics, will be narrowed down to linear equations, complex equations and functions and proportional thinking, reported The New York Times. Students will be able to use calculators on only certain parts, rather than the entire section. In addition to becoming optional, the essay section will have a separate score. According to CNN, the essay will require test-takers to analyze how an author made an argument, styled ideas and used evidence in a given passage.

As The Wall Street Journal pointed out, the SAT has long been criticized for being a better assessment of privilege than merit. So much so that a number of colleges have adopted test-optional admissions policies in recent years, noted CNN. A recent study even argued that standardized test scores have little impact on college performance and graduation rates. Coleman stated that these changes will better align the SAT with the skills necessary for college success.

"No longer will it be good enough to focus on tricks and trying to eliminate answer choices," said Coleman in CNN. "We are not interested in students just picking an answer, but justifying their answers."

Coleman also plans to make changes in the way students prepare for the SAT. The College Board will partner with Khan Academy to offer free, high quality test-prep tools such as tutorials and practice problems.

"This isn't just a 'Hey, since it's free, it's better than nothing," said Salman Khan, creator of Khan Academy, to CNN. "Our intention in this partnership is this will be the best thing out there, and it happens to be free."

The College Board will also offer fee waivers for low-income students to apply to four colleges for free.

Education experts expressed mixed reactions, with some wondering if this is just an attempt to regain market share that was lost to rival ACT. As the Los Angeles Times pointed out, the ACT surpassed the SAT in the number of national test-takers two years ago.

"I'd like to be optimistic and believe some of this is going to be good," said Steve Syverson, a member of the National Association for the College Admission Counseling board and dean of admissions emeritus for test-optional Lawrence University, in CNN. "I just don't know how it will work out."