College Board Brings Back AP Italian Language And Culture Program 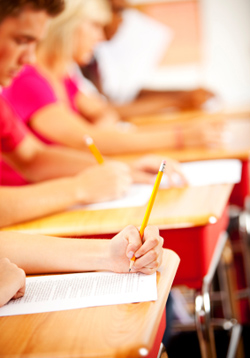 The College Board announced it would reinstate its Advanced Placement (AP) Italian Language and Culture program next fall and its AP Italian exam in May 2012.

According to The Washington Post, College Board has continuously offered foreign language programs in Spanish, French, German, Latin, Chinese and Japanese. However, in the 2008-09 school year, the organization decided to eliminate its AP programs in Italian, Latin language, French literature and computer science because of poor enrollment and, thus, lack of funding. As The Wall Street Journal pointed out, AP Italian saw a steady increase since its first test in 2006; however, headcount was far from the College Board's target of 5,000 a year. Because of this, the organization was losing $1.5 million a year.

The Washington Post reported that advocates, including Margaret Cuomo, daughter of former New York governor Mario Cuomo and sister of governor-elect Andrew Cuomo, lobbied for two years in support of the program. The revival began in 2008 between the Cuomos and Gianni Letta, Italy's undersecretary of state. The meetings proved to be successful as the Italian government agreed to be an equal partner as long as Margaret Cuomo's Italian Language Foundation raised half of the needed funds. Cuomo told The New York Times that the program now has funding "for the indefinite future".

"These things don't happen without that level of support. And we're very grateful to Prime Minister [Silvio] Berlusconi for that," said Cuomo in The Washington Post.

According to the College Board press release, the Italian language is the only European language that has continued to grow in popularity at U.S. schools and universities. In fact, The Washington Post reported that the language has consistently been on the top of students' lists when asked what language they would like to study.

"We are so pleased that students will once again have the opportunity to develop their reading, writing, listening and speaking skills within a frame of reference that reflects the richness of Italian language and culture and the rigor of college-level Advanced Placement," said Gaston Caperton, president of College Board, in the press release.

As The Washington Post pointed out, many high school students take AP courses and exams for a competitive edge when applying to college. However, Bret Lovejoy, executive director of College Board, noted that many language programs have recently been eliminated. Indeed, the University of Missouri recently considered cutting many low-producing degree programs, most of which were foreign language programs. Lovejoy speculated that the cuts were partly a result of less AP language exams being offered.