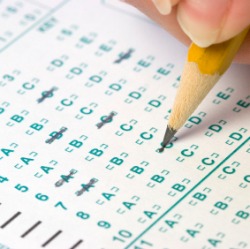 Inside Higher Education reported that the delay is a response to feedback from College Board members who said they needed more time to prepare for the redesign and also said that high school students should be able to take the revised PSAT/NMSQT before taking the revised SAT.

As The Chronicle of Higher Education pointed out, the new exam could have a significant affect on how colleges collect, assess, use and report data. Databases may need to be reconfigured and officials will need to figure out how to compare new test scores to the old standards they have been using for years. There are still many questions that need to be answered; including will the new test have the same predictive value as the current version? With all that in mind, the delay was a relief to many college enrollment officials.

"We really use test scores a lot for research purposes," explained Pamela T. Horne, associate vice provost for enrollment management and dean of admissions at Purdue University, to The Chronicle of Higher Education. "Most people are going to think of the individual student with his paper and pencil taking the test, but that's not the only place where the change happens. In fact, these test results end up in all kinds of places."

In the grand scheme of things, however, what matters most is designing an exam that will accurately evaluate college and career readiness and doing so takes time. Shiv Gaglani, who teaches SAT prep and is co-founder and CEO of Osmosis, an educational technology platform that helps students learn and retain information more efficiently, told CityTownInfo that delaying the launch of the new SAT was a necessary move.

"Even though as an education entrepreneur I believe in rapid iterations to find the best solutions, it's a good idea for the College Board to push back the launch to ensure they thoughtfully deploy what may become the standard entrance exam for students for the next few decades," he said. "The entire education industry is being shaken up and the more time we have to understand the full effects of what this means for the 21st century learner, the better we can design assessments to ensure college -- and, more importantly, career -- readiness."

Gaglani also added that it would take some time before colleges see the value of the new exam.

"Given that the content is changing to align with the Common Core, there will be a period of at least 5-10 years before enough students have taken the test to determine whether the new version is predictive of college performance and outcomes," he explained.

Some, however, were a bit surprised by the delay. According to Inside Higher Ed, many within higher education -- particularly those who are critical of the current SAT -- were excited about the changes and wanted them to happen sooner than later.

Regardless, the revised PSAT will be rolled out in the fall of 2015, with the new SAT to follow. Gaglani told CityTownInfo that he advises middle and high school students to learn necessary skills rather than just prepare for a test by "[focusing] on acquiring and honing important skills such as critical reading, vocabulary, and mathematical reasoning". He added that "as long as [students] focus on improving themselves they'll ultimately improve their test scores -- whether on the new or old version of the test."

Indeed, although specific details of the change have yet to be revealed, examiner.com reported that Coleman said the new SAT would move more towards mastery of concepts and away from "trickery".

"Some Colleges Breathed a Sigh of Relief Over the Delay in the New SAT," chronicle.com, December 5, 2013, Eric Hoover, http://chronicle.com/blogs/headcount/why-colleges-breathed-a-sigh-of-relief-over-the-delay-in-the-new-sat/37373