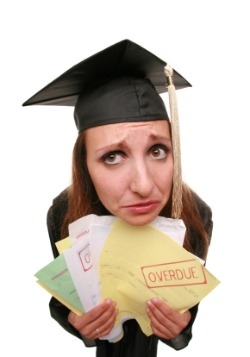 In-state tuition and fees at public universities rose by 8.3 percent this year, reflecting the weak economy as well as cutbacks in state funding of higher education.

According to a report from the College Board that was released last week, the average amount of in-state tuition and fees at four-year public universities rose to $8,244 in 2010-11. The average total charges, including tuition, fees, room and board, rose 6 percent to $17,131.

"While the importance of a college degree has never been greater, its rapidly rising price is an overwhelming obstacle to many students and families," noted Gaston Caperton, president of the College Board, in a statement.

"It is particularly troubling to see that over the past decade, state funding at colleges and universities has fallen 23 percent per student after inflation," said Molly Corbett Broad, president of the American Council on Education, in a statement quoted by Inside Higher Ed. "That number shows it has become all too common for state legislatures to dip into the pockets of students and families to balance state budgets, leaving public institutions between a rock and a hard place when setting tuition rates."

The College Board report also found that students left public universities with an average of about $22,000 in debt. Students from private colleges graduated with about $28,000 in debt.

"To leave school with a lot of debt means that you are going to face even more difficult choices about starting a family, buying a home or whether you could take the risk for starting a business," pointed out Lauren Asher, president of the Institute for College Access & Success, who was quoted in The Washington Post. According to the U.S. Education Department, the rate of student loan defaults has risen to its highest level since 1997.

The College Board report also found that costs for nonprofit, private four-year colleges rose to an average of $28,500 in 2010-11, which is 4.5 percent higher than the year before. The average total charges, including tuition, fees, room and board, were an average of $38,589, up 4.4 percent.

Yet the College Board also pointed out that these figures reflect the sticker price of higher education, not the net price that most students pay. David L. Warren, president of the National Association of Independent Colleges and Universities, said in a statement quoted by Inside Higher Ed that his group's member institutions are making efforts to keep net tuition prices down.

"More institutions are introducing creative measures to reduce students' out-of-pocket costs, including three-year bachelor's degrees, tuition freezes and cuts, programs that replace loans with grants, programs that match the price of local state universities, and other initiatives," he said.