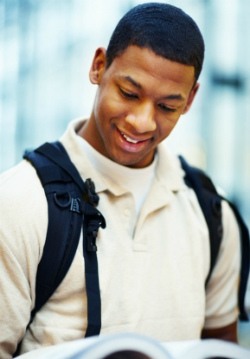 Young men of color, regardless of cultural background, face educational barriers that cause them to be less educated than minority women and white men.

According to a press release, two new reports released by the College Board Advocacy & Policy Center highlighted the educational issues that African American men, Asian American and Pacific Islander men, Hispanic/Latino men and Native American men face. The data is based on findings from 92 student interviews and, according to The New York Times, looked at six different paths men of color took after high school--enrollment in postsecondary school, enrollment in the armed forces, participation in the work force, unemployment, incarceration and death.

As the press release noted, data showed that just 18 percent of Hispanic Americans have at least an associate degree. Twenty four percent of Native Americans and Pacific Islanders and 26 percent of African Americans hold at least a two-year degree. As The Chronicle of Higher Education pointed out, men of all cultural backgrounds reported experiencing similar challenges, such as stereotypes, pressure to support their communities or families, money problems or feelings of alienation from their campus. The most shocking statistic that researchers found was that more than 50 percent of young men of color died, were incarcerated or were unemployed before the age of 24.

Christen Pollock, the College Board's vice president for advocacy, told The Chronicle of Higher Education that the report highlights the importance of postsecondary education, particularly for young men of color.

Gaston Caperton, College Board President, added that it is imperative to raise the percentage of young men of color with an associate degree or higher.

"At a time when our nation is committed to reclaiming its place as the world leader in higher education, we can no longer afford to ignore the plight of our young men of color," said Caperton in the press release. "As long as educational opportunities are limited for some, we all suffer."

According to The New York Times, the report challenged the nation to raise the overall percentage of 25-to-34-year-olds with a postsecondary degree to 55 percent by 2025, up from the current 42 percent.