College Board Reveals States with the Most and Least Expensive Colleges 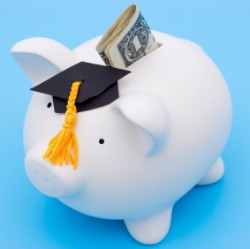 If you follow higher education news, you have probably heard that college costs are soaring, and some might argue that student debt has become somewhat of a national crisis. Colleges have turned to creative measures to try to minimize this debt while the government has rolled out tools designed to help college-shopping students make savvier school choices. Perhaps some experts were surprised, then, by a report published last week by the College Board indicating that when adjusted for inflation, college tuition barely increased at all last year. Does this mean college students are finally getting a break? According to a new analysis, that depends entirely on where you live.

Using College Board data, 24/7 Wall St. has published its ranking of states with the most (and least) affordable colleges. The list suggests that while tuition has stabilized nationally, some students are still paying significantly more for their degrees than peers elsewhere. Students looking to minimize college costs may want to steer clear of New Hampshire, where, according to the 24/7 Wall St. report, average combined public and private college costs come in at $14,655 per year -- higher than anywhere else in the country. Perhaps it is no surprise, then, that New Hampshire's 2011 college graduates walked away with more than $32,000 in average student debt -- the highest rate in the nation. The report notes that one possible driver of cost is limited government support: state appropriations for higher education in New Hampshire were less than $2,500 per student -- the lowest in the nation.

New Hampshire was not the only state that puts a hefty price tag on education. The nation's second least-affordable state for higher education is Vermont, which reports an average student cost of $13,958 per year. Pennsylvania came in third with $12,802 in average costs, followed by New Jersey ($12,715) and Illinois ($12,550).

Which states are relatively affordable? According to the analysis, that honor goes to Wyoming, where students pay an average of $4,404 each year. Alaska took the second spot, with an average student cost of $5,885. Utah ranked third, with $5,906, followed by New Mexico ($5,987) and Montana ($6,211). Once again, government contributions seemed to play a major role in a state's college affordability: Wyoming and Alaska both spent over $15,000 for each fully enrolled student in 2011. Less than half of Wyoming students graduated with debt that year, which was one of the lowest rates in the country.

Interestingly enough, college costs did not necessarily coincide with educational quality. 24/7 Wall St. reports that based on the U.S. News & World Report rankings for the best public four-year institutions, only four of the top 20 school were in top 10 high-cost states. Conversely, several top-ranked schools were located in more affordable states, like North Carolina and Florida.

The 24/7 Wall St. analysis looked at average cost of tuition and fees, which represent only one part of college costs. Room and board can constitute a large share of the rest. According to a report published last week by U.S. News & World Report, schools in prime locations charge more. Of the 10 schools that charged the most for 2013-2014 room and board, half were in New York, three were in California, and the remaining two were in Massachusetts.

"10 Colleges That Charge the MOst for Room and Board," usnews.com, October 29, 2013, Kelsey Sheehy, http://www.usnews.com/education/best-colleges/the-short-list-college/articles/2013/10/29/10-colleges-that-charge-the-most-for-room-and-board