College Decreases Chances Of Getting Married For Disadvantaged Students 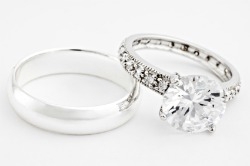 For people coming from disadvantaged backgrounds, college can lower their chances of getting married, a new study showed.

"Disadvantaged" individuals are defines as those who "tend to have come from families with lower income and to have parents with less education; they are also less likely to have had college track classes or friends with college plans," co-author Dr. Kelly Musick, an associate professor of policy analysis and management in the College of Human Ecology at Cornell University, told The Huffington Post.

Previous research showed in general, education and marriage are connected. Currently, about 50 percent of Americans are married but among college graduates, 64 percent are, reported LiveScience. Having a college education also boosts the chances of having a lasting marriage. Further, adults who are college educated are more likely to marry by age 30 than those who aren't, a 2010 Pew Research Center study found, according to The Huffington Post.

However, the current study, published in the February issue of the "Journal of Marriage and Family," found reality is different for people who grow up disadvantaged. With their background and their education level so different, they seem to get stuck between social worlds in what the study authors called a "marriage market mismatch."

"College students are becoming more diverse in their social backgrounds, but they nonetheless remain a socioeconomically select group," Musick explained in a press release, HealthDay News reported. "It may be difficult for students from less privileged backgrounds to navigate social relationships on campus, and these difficulties may affect what students ultimately gain from the college experience."

In other words, college students with disadvantaged backgrounds may be hesitant to "marry down" to someone less educated but also may not want to "marry up" to a person who had a more privileged upbringing. This suggests that, along with economics, cultural and social factors play a key role in marriage decisions, the researchers noted.

The study examined a sample of about 3,200 Americans from the 1979 National Longitudinal Survey of Youth, looking at family income, parental education and other social and economic factors to estimate the probability of attending college and the likelihood they'd marry.

"This research demonstrates the importance of differentiating between social background and educational achievement," Musick said in HealthDay News. "Educational achievement may go far in reducing income differences between men and women from different social backgrounds, but social and cultural distinctions may persist in social and family relationships."

"College and Marriage May Not Mix for the Disadvantaged," livescience.com, January 31, 2012, Stephanie Pappas