Study: A College Degree May Lead to Faster Recovery from Brain Injuries 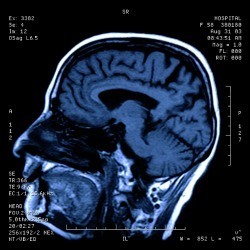 A college education may actually be the key to enhanced recovery from traumatic brain injury, a new study says. The study, which was conducted by researchers at John Hopkins School of Medicine and published in the scientific journal Neurology, studied 769 people ages 23 and older who had experienced traumatic brain injury, noted the Huffington Post. After following participants for at least a year, researchers noticed an association between higher education and increased rates of recovery, leading them to believe that there might be a correlation.

One explanation for the disparity between recovery times is a part of the brain called the "cognitive reserve," noted NPR, which may function at a higher level in those with higher education. Simply put, those with advanced degrees may have brains that are better equipped to handle trauma.

"Added capacity allows us to either work around the damaged areas or to adapt," Eric B. Schneider, an assistant professor of surgery at the Johns Hopkins School of Medicine, told NBC News.

NBC News also reported that the recent study echoes similar findings from earlier studies surrounding Alzheimer's patients and their rate of recovery. Apparently, research shows that Alzheimer's patients with higher levels of education recover faster and suffer from fewer symptoms overall. The Alzheimer's research, coupled with the recent study of traumatic brain injury, is leading researchers to believe that higher education and its effects on an individual's cognitive reserve play a part in injury recovery and disease prevention. However, the Johns Hopkins study does not explain exactly how this happens - something researchers have hypothesized thus far.

Researchers also want to gain an understanding of how different factors may impact one's ability to recover from traumatic brain injury and other ways one can enhance their cognitive reserve outside of higher education. Even though a college degree seems to enhance one's cognitive reserve, it isn't the only measure of an individual's intelligence.

"While available published research supports the construct of education as a marker of reserve, it remains unclear whether higher education achievement is causatively linked to great cognitive reserve, results from it, or both," the authors wrote in the study, which was quoted by The Huffington Post. "Education attainment itself is not solely reflective of intellectual or cognitive abilities. Motivation to succeed and self-discipline, as well as socioeconomic status, are likely also associated with higher levels of education and may have important roles in determining the degree of post-TBI recovery."