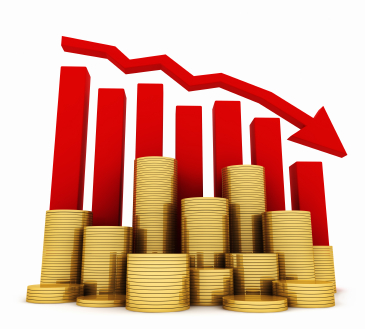 A study has found that college endowments lost about one-fifth of their value in the last fiscal year, marking their worst decline since the Great Depression.

"This is the worst year we've ever recorded," said Matthew Hamill, senior vice president of the National Association of College and University Business Officers, who was quoted in The Washington Post. The association, which just released its annual survey of 842 institutions together with the nonprofit Commonfund, found that the average endowment lost 18.7 percent of its value during the fiscal year that ended June 30.

The New York Times reports that some legislators have pointed out that universities should be required to increase their endowment spending to 5 percent per year, as do private foundations, in order to maintain their tax-free status.

"I hope colleges won't rely on double-digit losses as a reason to raise tuition or freeze student aid," said Senator Charles E. Grassley of Iowa, who was quoted in the Times. "Many of them relied on some risky investments, like hedge funds, to get big gains in recent years, and now those strategies are causing losses. Students shouldn't bear the brunt of colleges' easy-come, easy-go investment strategy. A lot of colleges still have plenty of money in the bank."

Nevertheless, NACUBO officials expressed optimism that investments were on the rebound. "The picture for endowments is a lot cheerier than it was a year ago," said John D. Walda, the association's president, who was quoted in The Chronicle of Higher Education. He also noted that despite the losses, most institutions increased spending from endowments to support programs and scholarships.

In addition, the endowments were found to have performed better on the average than the stock-market indices. For example, the Standard & Poor's 500 Index had a return of minus 26.2 percent during the same period.

"We've had two bad years, so the endowment performance this year will go a long way to determine how quickly endowment spending will recover in the future," noted John S. Griswold Jr., executive director of the Commonfund Institute, who was quoted by the Times. "Most universities continue to spend at a healthy rate despite the large declines in their value."