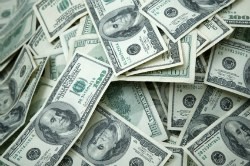 A new report has found that college endowments posted significant gains in fiscal year 2011, but they still have not returned to their pre-recession levels.

According to an annual survey compiled by the National Association of College and University Business Officers and Commonfund, college and university endowments gained an impressive average of 19.2 percent in the fiscal year that ended June 30, 2011. The returns were higher than the average of 11.9 percent in fiscal year 2010, and the combined two years eclipsed the 18.7 percent drop from fiscal year 2009. But the report noted that the gains were still not enough to bring the three-year average annual return of 3.1 percent up enough to cover the average spending rate of 4.6 percent, nor were they enough to make up for rising inflation.

"Adding inflation and costs totaling roughly 3 to 4 percent, and an average annual return of between 8 and 9 percent is necessary just to stay even," explained John Walda, president and CEO of NACUBO, and John Griswold, executive director of Commonfund, in a statement quoted by the Philanthropy Journal. "But with 10-year returns averaging just 5.6 percent, higher returns will be necessary to maintain endowment values over the long term."

Walda also pointed out that despite the positive gains, many endowments have still not rebounded to the levels they were in 2008.

"Even though this was a really great year, many of our institutions are still not at the point where they've recovered the value they lost from the recession," said Walda, who was quoted by Inside Higher Ed.

Moreover, experts say college and universities probably will not see gains quite as favorable in 2012. "We think we're probably in a slow-growth environment," said Griswold, who was quoted by The Chronicle of Higher Education. "There are still a tremendous number of challenges economically."

"In terms of our outlook going forward, we are very concerned and are positioned defensively," he told The Chronicle. "Our concern is that the fundamental economic issues, namely too much debt in the developed world, have not been addressed. It's the 800-pound gorilla in the room that no one wants to talk about."

The annual survey included responses from 823 institutions with endowments totaling over $408 billion. Some of the more notable gains included the endowment at the University of California, Los Angeles, which grew the most of any endowment--by 49.3 percent--largely because of several large gifts that were received. The endowments at Oklahoma State University and the University of Iowa also rose by more than 30 percent.