College Endowments Surging But Still Not At Pre-Recession Levels 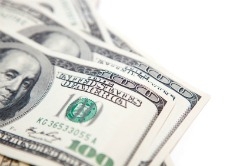 An annual survey has found that college endowments performed extremely well during the 2011 fiscal year, but are still recovering from losses incurred during the recession.

The survey of 284 colleges was conducted by the National Association of College and University Business Officers and Commonfund, and found that university endowments returned an average of 19.8 percent from July 1, 2010 to June 30, 2011. In fiscal year 2010, the average was just 11.9 percent.

Nevertheless, the recent gains did not fully make up for the losses sustained during the economic downturn. The study found that the average college endowment is worth 86 percent today of what it was worth in 2007.

"What stands out among the preliminary figures is the fact that, despite the positive returns of this year and last, endowments still have not completely recovered from the damage inflicted by the market declines that accompanied the 2008-09 credit crisis," said a statement from John D. Walda, NACUBO president and CEO, and John S. Griswold, Commonfund Institute executive director, which was quoted by MoneyWatch. "It will take several more years of positive returns for endowments to recover fully from the crisis."

As Inside Higher Ed reported, institutions with large endowments made risky investments in the past, which turned out to be a lucrative strategy in good years but resulted in significant losses during the economic downturn in 2008. In fiscal year 2009, colleges and universities with endowments greater than $1 billion lost an average of 20.5 percent. Some believed that the wealthier schools would consequently begin to invest more conservatively; nevertheless, they continued to place their funds in uncertain investments such as hedge funds.

"People have been asking me for three years if people would start turning away from this model," noted William F. Jarvis, managing director of the Commonfund Institute, who was quoted by Inside Higher Ed. "Very, very little has changed."

As The Washington Post reported, Harvard's endowment gained $4.4 billion in fiscal year 2011 to $32 billion total, which is still below the $37 billion it was worth at the end of fiscal 2008. Similarly, Yale's endowment rose 22 percent to $19 billion. That's still $4 billion less than its high of $23 billion. Meanwhile, the University of Virginia is one of the few institutions to recover completely from the downturn, ending the fiscal year with an endowment value of $5.3 billion, higher than its historic peak of $5.1 billion.

The 284 colleges that responded to the survey represent about a third of how many are expected to participate in a final, more detailed survey, which is scheduled to be released in January. Even so, the current survey is still a good indication of how higher education investments performed last year.