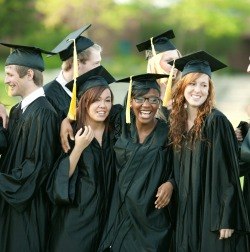 Due to economic and demographic factors, several U.S. colleges and universities are experiencing drops in enrollment and tuition income, a recent Moody's Investors Service study showed. Continuation of these trends could result in serious financial problems for some institutions, particularly ones dependent on tuition revenue, Inside Higher Ed reported. Ultimately, they may have to cut budgets, programs and staff, find alternative means of income, or even potentially fold.

"If colleges do not adapt to shifting demographics and the weak economy making families more price sensitive, there will be fewer institutions," Laurie Joyner, president of Wittenberg University in Ohio, told The Wall Street Journal.

Wittenburg University, a private school with about 1,730 students, froze tuition at $37,230 for the 2013-2014 academic year to make its education more affordable. Due to the cumulative effects of years of depressed family income along with uncertain job prospects for college graduates and a shrinking number of high school graduates, schools like Wittenburg are refraining from raising tuition. Some schools are also offering more scholarships to attract students. These strategies, however, ultimately decrease schools' net tuition revenue at a time when they need more of it to cover increasing expenses.

Research from Moody's also showed that 18 percent of 165 private universities and 15 percent of 127 public universities projected a decline in net tuition revenue for the same period. These numbers are a considerable increase from the projected tuition revenue declines of 10 percent and 4 percent for private and public institutions, respectively, in 2012. In addition, one third of the 292 schools participating in the Moody's study said they expected tuition revenue in fiscal year 2013 to decline or grow by less than 2 percent.

"It's pretty clear that pricing power of colleges has reached an inflection point," John Nelson, a managing director at Moody's, told The Wall Street Journal.

According to The New York Times, the survey also showed almost half of schools anticipate enrollment drops, yet expect minimal impact. In 2010, 15 percent of schools reported projected enrollment declines. Current declines are more problematic at small universities with low rankings, in graduate programs, and at public colleges in the Northeast and Midwest where the phenomenon of smaller high school graduating classes is more pronounced.

Daniel J. Hurley, director of state relations and policy analysis at the American Association of State Colleges and Universities, told The New York Times the survey findings were not unexpected and that he believes public schools will see increased funding in the next school year.

Tony Pals, spokesman for the National Association of Independent Colleges and Universities, said the Moody's report confirmed the difficulties higher education is facing. However, schools historically have rebounded from such times. Furthermore, the changes they're embracing, like increasing three-year bachelor's degree programs and partnerships with community colleges, can help them through.

"The new reality is that colleges are expecting to have to do more with less for years to come," he told The New York Times.