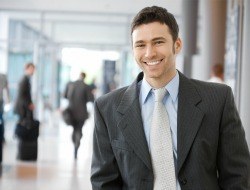 You may have heard the old adage that money cannot buy you happiness. It seems attending an elite college cannot buy you happiness, either. According to a new Gallup poll, when it comes to happiness in life and work, it is the quality of your college experience that really matters -- not the institution on your degree. The downside: Only three percent of college graduates report having that type of college experience, a point at least one education expert hopes colleges can address.

Gallup conducted the poll in partnership with Purdue University. Researchers asked 29,650 college graduates of all ages questions designed to measure how well they are doing in life across a number of factors, including earnings and "engagement" in their jobs. Overall, 39 percent of college graduates say they are "engaged" at work, which, according to NPR, is about 10 percent higher than the general population at large. One of the survey's key takeaways, however, is that this percentage did not vary with the prestige of respondents' alma maters; respondents who went to regional state colleges reported being just as happy in life and work as those who attended high-ranked institutions.

What college factors do correlate with happiness later in life? According to NPR, students who attended large schools -- those with at least 10,000 students -- reported having a slight edge, but the biggest advantage went to those who had positive college experiences, regardless of the institution.

"It matters very little where you go; it's how you do it" that counts, Brandon Busteed, executive director of Gallup Education, told The Wall Street Journal. "Having a teacher who believes in a student makes a lifetime of difference."

Examples of the type of experiences that may translate to happier lives down the road include having a professor who cared about you as a person, encouraged you to pursue your dreams and made you excited about learning, reported Gallup. Completing internships related to your field of study, being involved in extracurricular activities, and taking part in large or long-term student projects mattered, too. Unfortunately, only three percent of college graduates surveyed reported having all of these experiences in college.

University of Pennsylvania Professor Martin Seligman, who has studied the psychology of happiness, told The Wall Street Journal that it is impossible to know for certain whether positive college experiences cause happiness and success later in life or if the relationship is strictly coincidental. He said it is possible that happy workers who report feeling more emotionally supported in college tend to be more upbeat in general and so recall memories in a more positive light. If there is a more direct relationship, however, schools could leverage the research to produce happier graduates later in life.

"One hopeful possibility is that if college were changed to produce more emotional support, this would result in much more engagement later in life," said Seligman.

The Gallup survey also found no link between attending high-ranked colleges and earnings, a result that reaffirms previous research, reported NPR. Stacy Dale, an economist at Mathematica who has studied the relationship between college type and earnings, told The Wall Street Journal that personal attributes drive earnings more than college rankings.

"Life in College Matters for Life After College," gallup.com, May 6, 2014, Julie Ray and Stephanie Kafka, http://www.gallup.com/poll/168848/life-college-matters-life-college.aspx