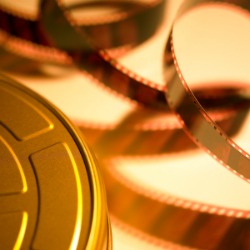 At Sunday's 85th Academy Awards, aspiring college film students rather than the traditional "trophy models" delivered Oscar statuettes on stage to the presenters. The show's first-time co-producers Craig Zadan and Neil Meron said the change was part of a total revamping of the ceremony, USA Today reported.

"There was some sort of '50s mentality to how we saw the trophies being presented to the actors," Meron said. "It was the bombshell babe who would bring it out. And we thought, adding to its current relevance, couldn't this be sort of a torch-passing representation where this younger, passionate generation of filmmakers are the ones on the stage?"

The show's host, Seth MacFarlane, agreed with the alteration.

"I actually felt it was a great idea," he told USA Today. "It was the kind of thing that when I was in college I would have thought was really cool. And it sends a really good message."

The six aspiring filmmakers were chosen through a national contest sponsored by The Academy of Motion Picture Arts and Sciences (AMPAS) and MTV's 24-hour college network, mtvU. College students were asked to answer the question: "How will you contribute to the future of movies?" Contestants submitted essays and 30-second videos. Their videos can be seen at http://bit.ly/OscarExp13.

According to GlobalPost, out of more than 1,100 entries, the contest winners included ChaRon Brabham, a 20-year-old, Brooklynite theater major at SUNY Potsdam, Jennifer Brofer, a 30-year-old Marine Corps veteran studying film at the University of Texas at Austin, and Abe Diaz, a chemistry major at DePaul University in Chicago from Duluth, Minnesota. The winners also included Hearin Ko, a 19-year-old Emerson College sophomore who was born in Seoul, Korea and whose hometown is Shanghai, China; Tatenda Mbudzi, a University of California, Los Angeles student from Zimbabwe, and AJ Young, a 23-year-old from Mesa, Arizona, who is attending Columbia College in Chicago.

Mbudzi, 25, told the GlobalPost he was thrilled about the honor.

"It's almost unbelievable," he added. "I've moved from disbelief to excitement to a little bit of nervousness, but it just comes back to excitement again."

According to Cinema Blend, the winning film students were treated to a makeover and fitted gowns and tuxedos. They also visited the AMPAS library to view its memorabilia collection, took a studio tour and a met this year's Oscar nominees in the Short Film category, reported USA Today. Each winner was recognized individually for their entries and stood with their fellow finalists during the ceremony on television.

"We're trying to blow the dust off these institutions that people haven't normally given a lot of thought to," Meron told USA Today.