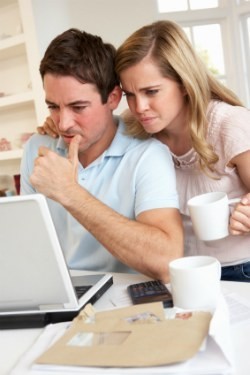 Many families are finding that letters from colleges outlining financial aid for students can be misleading.

Susan Romano, from Huntington, Pennsylvania, who was interviewed by Bloomberg Businessweek, for example, was initially thrilled after receiving a financial aid award letter from Drexel University for her son, stating that their expected annual payment would be just $13,442. But the school -- which charges $63,000 a year -- arrived at that sum by including $42,000 in loans that the parents were expected to take out.

"A loan to me is not financial aid," Romano told Bloomberg Businessweek. "It is money I have to pay."

Many colleges routinely include grants, scholarships, student loans and federal parent PLUS loans into what is referred to as a "total award amount." But scholarships and grants are vastly different than student loans, which need to be repaid with interest, often over ten years or more. As Susan Tompor pointed out in the Detroit Free Press, "No one would ever view a car loan as a way to slice the sticker price. No one would ever view a mortgage as a way to slash the price well below the asking price of a home."

Experts point out that the wording of financial aid award letters causes confusion. "All of this contributes to a tendency for families to think they're getting a better deal than they actually are," noted Mark Kantrowitz, publisher of FinAid.org and FastWeb.com, who was quoted by the Detroit Free Press. "College costs are one of the few major expenses that don't have mandated disclosure rules."

The Education Department, consumer groups and guidance counselors are pushing for a standard award letter format to help demystify the price of higher education. According to Justin Hamilton, a spokesman for the Education Department who was interviewed by Bloomberg Businessweek, a model financial aid award letter is expected to be completed by the department before the start of the next school year. However, only the federal government can make the form mandatory for colleges and universities.

"Our hope is that institutions will see the wisdom and benefit of moving towards a common form," Hamilton told Business Week. "Allowing students to comparison shop with a common letter would be a big step in that direction."

Many college financial aid officers oppose the move, however: They say that having a standard format would give them less room to negotiate.

In a related story, The Wall Street Journal reported that some families are often misled by online net-price calculators. Such tools, which every public and private college in the United States must include on their websites, estimate the actual price that families will pay for college based on data that students enter about income, assets, number of family members and the value of one's home. Depending on the level of accuracy of the net-price calculators, those estimates can sometimes be thousands of dollars below the final price that is quoted.

"It sets expectations that might lead people to think they can afford something they can't," said Robert Weinerman, senior director of college finance at the Massachusetts-based admissions consulting firm College Coach, who was interviewed by The Wall Street Journal.