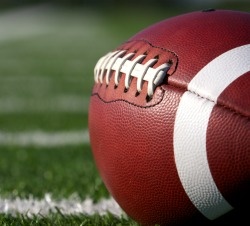 College football players from Northwestern University are fighting to gain more rights and protections. The group of college athletes has become the first to attempt to form a labor union.

According to Inside Higher Ed, Ramogi Huma, president of the National College Players Association, filed a petition with the National Labor Relations Board (NLRB) on behalf of Northwestern University's quarterback Kain Colter and an undisclosed number of teammates. Colter was a star participant during an All Players United (APU) protest against the NCAA. According to The Wall Street Journal, the petition to unionize is an attempt to give student-athletes an opportunity to push for things such as payment for medical care and scholarship protection.

"Student-athletes don't have a voice, they don't have a seat at the table," explained Colter in The Wall Street Journal. "The current model resembles a dictatorship with the NCAA placing these rules and regulations on these students without their input or without their negotiations."

The United Steelworkers of America union, which Huma reached out to 13 years ago, has backed the petition.

"When Ramogi first reached out to us years ago, we were like an overwhelming part of the population in that we figured athletes were lucky because they're getting an education, but then we looked into it and realized it's a myth," said United Steelworkers President Leo Gerald in The Wall Street Journal. "Many don't get a true education and their scholarships aren't guaranteed."

As Inside Higher Ed noted, the timing of the petition is significant, as the NCAA has faced increasing criticism regarding player safety and the use of student-athletes' images. Furthermore, many have questioned the oddity of student-athletes bringing in millions in revenue for colleges, but getting comparatively little in return.

Both Northwestern and the NCAA have made moves that suggest they will fight the request.

"This union-backed attempt to turn student-athletes into employees undermines the purpose of college: an education," said NCAA chief legal officer Donald Remy in a statement quoted by The Wall Street Journal. "Student-athletes are not employees, and their participation in college sports is voluntary. We stand for all student-athletes, not just those the unions want to professionalize."

In CBS News, Huma argued, "We're not advocating for professional-type salaries. You're admitted to the school because you can play ball, so these schools explicitly bring them in to provide a service athletically."

While this appears to be the first attempt for student-athletes to unionize, The Chronicle of Higher Education noted that graduate students have long tried to form unions, with grad students at New York University being the most recent case.

According to CBS News, some experts think the Northwestern students make a "great case" for a union.

"You can play a college sport and leave with injuries that aren't covered by any sort of insurance," DeMaurice Smith, head of the NFL Players Association, told CBS This Morning.

Others, however, are less optimistic, saying that there is only a one-in-three chance that the NLRB would be in favor of the student-athletes.

"The NLRB is kind of hesitant to take chances right now, they're under a lot of scrutiny," commented Gary Chaison, a professor of industrial relations at Clark University, in The Wall Street Journal. "I think it would be too novel, too different to pass. But who knows?"

Regardless of the outcomes, Charles T. Clotfelter, a professor of public policy and economics at Duke University and the author of Big-Time Sports in American Universities, told The Chronicle of Higher Education that the situation will give colleges a chance to discuss the merits of student-athletes' economic situations.

According to The Wall Street Journal, a hearing at the Chicago offices of the NLRB is scheduled for February 7.