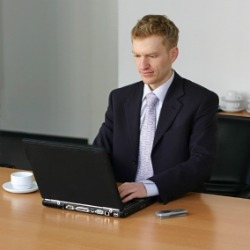 This June, as college graduates all across the country were walking the aisle to accept their credentials, Zach Sherman, a 21-year-old sanitation worker in Ohio, earned his associate degree, too. Unlike many of those other graduates, however, Sherman earned his degree in just three months -- without taking a single class.

Sherman is the first graduate ever of an experimental college called the College for America, reports Inside Higher Ed. Unlike traditional colleges, CFA -- which was launched by Southern New Hampshire University in January -- awards competency-based credentials. Rather than taking classes, students take exams and complete projects that demonstrate what they already know. The program is self-paced, hence Sherman's three-month completion time.

Advocates of competency-based learning hope that it will be a game changer for higher education, reports The Christian Science Monitor, especially for the 93 million Americans age 25 to 64 who have finished high school and maybe even some college, but do not have a degree. CFA's format allows students to complete their educations even when managing full-time work.

"There's a missing middle in our system - how do you get skills between high school and a four-year degree?" Anthony Carnevale, director of the Center on Education and the Workforce at Georgetown University, told The Christian Science Monitor.

The real test for competency-based education is its value in the job market, Michael Horn, co-founder and executive director of the Clayton Christensen Institute for Disruptive Innovation, told Inside Higher Ed. He said he hopes the approach succeeds, especially for students like Sherman who said they felt held back in the traditional college environment. "That's really educational malpractice," he said.

While CFA allowed Sherman to complete his education while working 48 to 56 hours a week at ConAgra Foods -- and night shifts at that -- he admits it was a challenge. Nonetheless, Inside Higher Ed notes that when he hit his stride, he was dedicating at least 30 hours a week to his studies. He said he was worried the self-paced format would make him procrastinate, but he found that the opposite was true: his productivity actually accelerated as he progressed through the assignments.

David Bergon, a former Department of Education official who serves as a higher education expert for the Center for American Progress, said there will be a lot of extra pressure on colleges like Capella and Northern Arizona to get competency-based education right. "The institutions have to have real, serious institutional control to ensure that there isn't progress that isn't warranted," he said. "There's tremendous scrutiny that's going to be applied."