College Grads Delaying Marriage And Children Because Of Student Debt 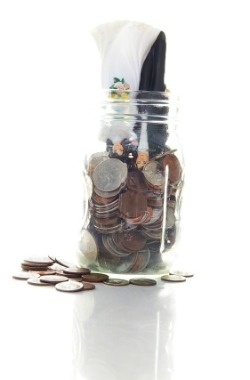 Many college graduates are being forced to postpone getting married and starting a family because of hefty student loan debt.

As reported by The Wall Street Journal, a recent survey by the National Association of Consumer Bankruptcy Attorneys found that members are seeing an increase in the number of people whose student loans are making them delay major purchases, such as a house, or start families.

Meanwhile, Businessweek recently noted that a new report by the economic forecasting firm IHS Global Insight pointed out that since 2007, student loan debt has been growing along with the number of young Americans delaying marriage and children: The study found that in 2007, the average age of a first marriage for males was 27.5 years old, and for females, 25.6 years old, but by 2011 the median age had increased to 28.7 and 26.5, respectively. At the same time, fertility rates dropped from 69.3 in 2007 to less than 65 in 2011.

Moreover, credit card, auto loan, and mortgage debt have all dropped since 2007, but student loan debt has been rising more quickly than anticipated. Last month, the Consumer Financial Protection Bureau announced that student loan debt topped $1 trillion in the fourth quarter of 2011. Over two-thirds of student loan borrowers are younger than age 40.

"Student loans are concentrated among young people--a particular group that may be prone to buy a new house, a new car, and get married," noted Chris Christopher, senior economist at HIS Global Insight, who was interviewed by Businessweek. "They are not spread out among all age cohorts in the economy."

Jodi Romine, 26, who was interviewed by the Journal, is one such example. She currently pays $900 a month, or 60 percent of her paycheck, for the $74,000 she borrowed to finance her business management degree at Kent State University in Ohio. As a result, she cannot buy a house, and has postponed plans to marry her fiance and start a family.

According to the Journal, taking out too many student loans can also result in delays in purchasing a car and inability to obtain credit cards or rent a home because of high debt-to-income ratio. Defaulting on federal student loans can even result in reduction of Social Security payments or seizure of tax refunds.

In a related story, Alicia Hartley, who was interviewed by KSPR News in Missouri, said that her student loan debt has forced her to delay becoming a mother: When she and her husband applied for a loan to pay for in-vitro fertilization, they were denied because of student loan debt.

"Everyone says you have to get a higher education to get a better job and that's what I'm doing," she told KSPR News. "I don't like that I'm getting punished in a way to grow my family."

"Will You Marry Me (After I Pay Off My Student Loans)?" mobile.businessweek.com, March 28, 2012, Elizabeth Dwoskin