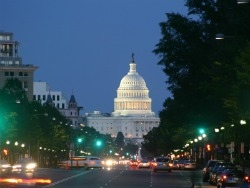 Recent research has found that college graduates are gravitating to major metropolitan areas that offer job opportunities and better quality of life.

As reported by The New York Times, a recent analysis conducted by the Brookings Institution found that in areas like Bakersfield, California, Lakeland, Florida, and Youngstown, Ohio, less than a fifth of residents hold college degrees. By contrast, areas like Raleigh, North Carolina, San Francisco and Stamford, Connecticut, attract large numbers of college graduates: In all three areas, more than 40 percent of adult residents have college degrees.

College education has far-reaching effects for metropolitan areas: Those cities with more residents who hold college degrees tend to have significantly lower unemployment rates. Moreover, college graduates tend to live longer lives, have higher household incomes, lower divorce rates and fewer single-parent families than those with less education. The disparity between areas is becoming even more pronounced as more college graduates gravitate to places with other college graduates.

"This is one of the most important developments in the recent economic history of this country," said Enrico Moretti, an economist at the University of California, Berkeley, who was quoted by The New York Times.

Topping the Brooking Institution's list of the most-educated cities was the Washington, DC area, where 46.8 percent of the residents hold college degrees, more than double the number of degree-holders five decades ago. In second place was San Jose-Sunnyvale-Santa Clara, California, where 45.3 percent of residents are college-educated.

In a related story, Apartments.com and CareerBuilder recently compiled a list of the "Top 15 Best Cities for Recent College Graduates," which took into account factors such as job opportunities as well as apartment rental rates.

"When starting out, it can be tempting to focus on only one aspect of a city," said Tammy Kotula, public relations and promotions manager for Apartments.com. "However, it's important to carefully evaluate a variety of options before choosing where to settle down. The first step should be identifying cities that offer the most professional opportunities while affording you a lifestyle you can enjoy. If you relocate to an area of the country with high apartment occupancy, you may find yourself paying more in rent in response to a competitive market."

The top three cities on the Apartments.com and CareerBuilder list were Washington, DC, New York, and Boston. Not surprisingly, all three cities were also among the top 15 cities listed by the Brookings Institution as the areas with the most college-educated residents.

"A Gap in College Graduates Leaves Some Cities Behind," nytimes.com, May 30, 2012, Sabrina Tavernise

"As the Class of 2012 Leaves Campus Life, Apartments.com and CareerBuilder Reveal the 'Top 15 Best Cities for Recent College Graduates,'" prnewswire, May 24, 2012

"Cities With the Most College-Educated Residents," nytimes.com, May 30, 2012