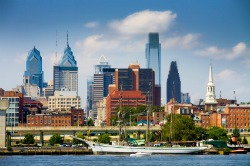 Philadelphia, PA is displaying signs of becoming an emerging college town, as more and more non-native alumni from local universities are opting to stay in the area, according to a recent survey released by a nonprofit group.

The 2010 Student Retention Survey, which pooled the responses of 4,600 graduates from local colleges and universities, found that 48 percent of non-natives attending Philadelphia institutions decided to stay in the area after finishing school, The Philadelphia Daily News reported. By comparison, a 2004 survey revealed that only 29 percent of non-natives said they would stay local after graduating.

The studies were conducted by Campus Philly, a nonprofit group whose goal is to foster economic growth in the Philadelphia region by encouraging college students to remain local.

According to the report, staying in the Philadelphia region is becoming an attractive option for a variety of reasons. For one, college students are engaging in more on-campus activities and are successfully finding work off-campus. There is a strong correlation, the report states, between landing a summer internship and staying local after graduation. Furthermore, the area's culture and nightlife is appealing to many, with 83 percent of those surveyed saying they would recommend Philadelphia as a place to attend college.

"The fact that Greater Philadelphia is doing so well as a college town and post-college home is great for the region's economy," Philadelphia Mayor Michael A. Nutter told The Washington Post. "With these graduates staying, we'll ensure Philadelphia and the region has a more educated workforce, lower unemployment and more businesses interested in coming to Philadelphia."

Demographers say the economic prosperity of a region can depend heavily on the settlement patterns of college students. A city that attracts non-natives to its institutions can benefit enormously from talented graduates who meaningfully contribute to the liveliness and growth of an area.

Washington D.C. is another example of a city that many consider to be an established college town, with schools like George Washington University, Georgetown University and American University attracting bright students from across the region. College officials comment that the prestigious schools in Washington D.C. draw and keep young people from states like Minnesota, Iowa and Ohio and those students then become integral parts of the area's community. Increasingly, Philadelphia is becoming a burgeoning college hub like Washington D.C., containing a constellation of schools including the University of Pennsylvania, Swarthmore College and Haverford College.

Tamara Manik-Perlman, who grew up in California and graduated from Swathmore, said that participating in various activities in the city can determine whether young alumni will decide to extend their time in Philadelphia, according to The Philadelphia Inquirer.

"The real motivating factor for people to stay in the city is if prior to graduation they have formed some sort of community," she said.