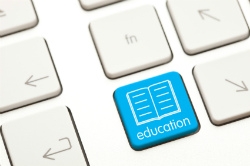 The general public and college presidents have different opinions when it comes to the value of online education.

The Pew Research Center conducted two surveys in spring 2011. According to The Wall Street Journal, one survey interviewed a nationally representative sample of 2,142 adults ages 18 and older over the phone. Another was an online survey, done in association with The Chronicle of Higher Education, of presidents of 1,055 two-year and four-year private, public and for-profit colleges and universities.

Just over half of the college presidents who were surveyed said that online courses offered the same value to students as traditional classroom teaching, reported The Chronicle of Higher Education. Meanwhile, just 29 percent of the public thought that online classes provided the same value.

"You still have a lot of people who grew up in an era where there was very little or no technology in their classroom, so it's very hard to relate to taking a course either partially or fully online," explained Russell Poulin, deputy director for research and analysis at the Wiche Cooperative for Educational Technologies.

Yet interestingly, the presidents surveyed also grew up with limited technology, but still see some value in online teaching. Perhaps this is because presidents are more tech-savvy than the general public--half of presidents use a tablet computer, compared with just eight percent of the adults who were surveyed. Presidents also embraced social networking slightly more than the public.

Not surprisingly, presidents whose colleges offered more online classes saw more value in online education than those whose colleges offered fewer courses. Just over 90 percent of two-year presidents reported that their institutions had some courses online. Within this group, 67 percent said online education was comparable to classroom teaching. In comparison, 60 percent of presidents at private, four-year colleges said their school offered courses online and 36 percent of them said online courses measured up to traditional face-to-face instruction.

Presidents were optimistic about the future of online learning. Although just 15 percent reported that their current students have taken a course online, 50 percent speculated that most of their students would take classes online 10 years from now. Presidents also said that the use of online educational tools would grow in the near future--according to an executive survey, 62 percent of college presidents said that more than half of students' textbooks would be digital in 10 years.

There was a downside to higher education and technology, however. Fifty-five percent of presidents said that plagiarism has increased in the past decade and 89 percent of those who witnessed the increase placed most of the blame on computers and the Internet.