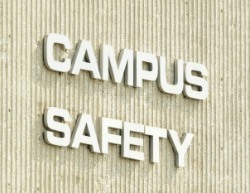 The issue of college safety has generated a great deal of discussion as of late -- and put a number of top-ranked schools in the spotlight: Jezebel reported last year that a full one-fifth of Forbes Magazine's "Best Public Colleges" were under investigation for allegedly underreporting or mishandling sexual assault on campus. Now a group of U.S. lawmakers is asking one major college rankings publisher to consider campus safety when weighing colleges, a move it hopes will press schools to better comply with federal regulation.

"Institutions that fail to adequately respond to sexual violence should not receive accolades from your publication," wrote the lawmakers. "Nearly 20 percent of young women are victims of attempted or actual sexual assault, along with 6 percent of young men."

The authors noted that though federal laws require colleges to investigate, track and publically report campus crime data, schools have historically done a poor job of complying with these rules. The authors hope their rankings efforts could inspire improvement while helping students -- and parents -- make more informed choices when selecting colleges. As Jezebel emphasized, not all families have adequate knowledge of campus safety when choosing schools.

"UNC's brochures didn't prepare me for what I went through," Andrea Pino, a lead complainant in a case against the University of North Carolina regarding mishandling of sexual assault, told Jezebel. "Rankings don't tell us about the betrayal we'll face when we encounter campus rape."

U.S. News & World Report representative Lucy Lyons told The Huffington Post that the magazine welcomes the letter and would be willing to meet with lawmakers to review the proposal.

"We hold and attend meetings throughout the year with higher education experts in order to listen to their suggestions and criticisms, as well as to understand the latest trends in higher education," Lyons said. "We appreciate Congresswoman Speier's letter on expanding the Best Colleges methodology to include campus safety, in particular sexual assault, and have featured her comments on usnews.com."