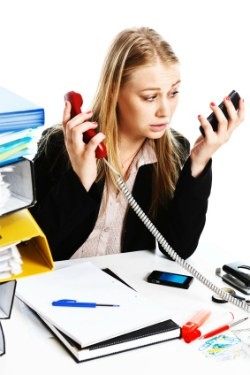 As increasing numbers of college students and graduates are accepting unpaid internships for their potential leads to full-time employment, some are getting fed up and suing companies for what they see as rightful back pay.

"I think we may be at the very early stages of a significant backlash against an internship phenomenon that has gone off the rails," said Ross Perlin, the author of "Intern Nation," an expose on unpaid internships, reported The Corporate Social Responsibility Newswire.

Although there are no formal counts, it is estimated that undergraduate students fill some 1 million internships per year. Approximately half of those positions are said to be unpaid, according to the research firm Intern Bridge.

For some, the experience is valuable and leads to full-time work. For others, however, the work is not valuable and does not function as a lead for future employment. Some interns end up working more than 8-hour days or might only do basic tasks like running errands and, once the working stint ends, are dismissed. Labor Department laws state that work experiences like internships must mirror vocational education; enforcement is lacking, however.

According to The Corporate Social Responsibility Newswire, Perlin's expose pointed out that free internships lead to a "highly competitive race to the bottom of the corporate ladder." Further, he sees them as compounding the student debt problem.

"Doubling down on debt to do internships seems to be on the rise, and this is leading to a catastrophic level of indebtedness with no apparent way out into any kind of secure employment," Perlin said.

Unfortunately, in certain industries, unpaid internships are so ingrained and common that they are often overlooked. Arts & Labor, a working organization operating within Occupy Wall Street and made up of many unpaid interns, however, aims to raise awareness about uncompensated work and the surrounding culture. At the same time, three ongoing lawsuits related to pay for interns have been filed in the past seven months. Last fall, two unpaid interns, one a college graduate, sued the makers of the movie "Black Swan" for back wages.

Then, a 2010 Ohio State University graduate sued the fashion magazine "Harper's Bazaar" for minimum and overtime wage violations, TIME Moneyland reported. Her role at the magazine was her seventh unpaid internship. She reportedly worked 11-hour days with no scheduled meals, supervising eight other unpaid interns who mostly served as couriers between fashion houses and other locations. After learning that she was not the only one, she finally decided to pursue legal action.

"Occupy Internships: A Conversation with Ross Perlin on Under Employment and the Student Debt Crisis," csrwire.com, May 2, 2012, Francesca Rheannon

"The Beginning of the End of the Unpaid Internship," moneyland.time.com, May 2, 2012, Josh Sanburn