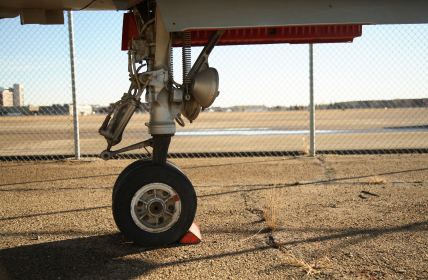 American students and professors studying abroad have been affected by the eruption of an Iceland volcano which resulted in the grounding of all flights throughout Europe.

The Associated Press reports that twelve students from Dickinson College in Pennsylvania are stranded in Iceland after traveling there to research sustainable energy. The students arrived last Tuesday, just a day before the volcano erupted. They had planned to return to England's University of East Anglia on Friday, where they had been studying.

"We're hearing that we could be here another five days, maybe less," said Dickinson Professor Marcus Key, who was quoted in the Sentinel.

Meanwhile, The Times Record reports that a history professor from the University of Arkansas at Fort Smith who had been attending a conference on World War II in London cannot return to the United States. Like hundreds of thousands of other passengers, his flight was cancelled because of unsafe flying conditions due to volcanic ash.

"Lucky for us, we have friends over there, otherwise he'd be camped out at the airport," noted Erin Casey, the wife of Professor Jay Casey, who was quoted in the Times Record. "[The airline] said there is rock, glass and smoke in the sky, and that if it gets into the engine of the plane, the engine could freeze up."

Casey was supposed to travel home yesterday. His flight is being tentatively rescheduled for Wednesday.

Finally, Inside Higher Ed reports that MaryAnn Baenninger, president of the College of Saint Benedict in Minnesota, and a small group from the school were also supposed to return from London yesterday. The group was visiting study abroad sites that the college uses when they became stranded because of the Iceland volcano.

Baenninger said in an e-mail that the college is readying extra support in the event that students will not be able to leave when their program ends. And, she said, the students "seem to be taking it in their stride."