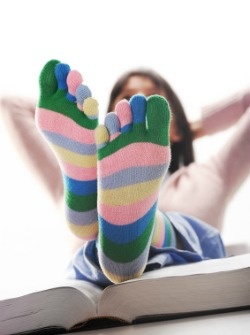 College students are spending far less time studying than a decade ago, and some education experts are questioning whether college has become too easy.

According to data from the National Survey of Student Engagement, the amount of time college students study has dropped from an average of 24 hours a week five decades ago to about 15 hours today. Critics have pointed out that the decline in study hours indicates that college students have become lazy, even as tuition continues to rise.

"What students are getting is four or five years of country club living," said Richard Vedder, an Ohio University researcher who was quoted by The Washington Post.

Research conducted by the Post corroborated the survey's results: At Sweet Briar College, for example, a private women's school in Virginia, students reported 19 hours of study during an average week. Similarly, students averaged 18 hours of study per week at St. Mary's College in Maryland, 17 hours at the College of William and Mary, 16 at the Universities of Maryland and Virginia and Catholic University, 15 at American University and 13 at Howard University.

"I was expecting it to be a lot harder," acknowledged Ashley Dixon, a sophomore at George Mason University in Virginia, who was quoted by the Post. "I thought I was going to be miserable, trying to get good grades. And I do get good grades, and I'm not working very hard."

Some argue, however, that the reduced study time simply reflects the fact that many students are now forced to juggle their college education with jobs.

"The vast majority of our students are working," noted Cynthia Rawitch, vice provost at California State University Northridge, who was interviewed by NBC Nightly News, "and many of them working far more than the 20 hours a week that we suggest."

Similarly, the Post found that at George Mason University, 70 percent of seniors hold off-campus jobs. In addition, some care for dependents, and many commute to class.

Others say that technology has also made it easier for students to complete their work: Research takes far less time than it used to, as does contacting professors to answer questions.

"The implications of technological advances for education are perhaps more profound than meets the eye," wrote a student at Georgetown University School of Medicine in a letter to the Washington Post. "It is foolish and, quite frankly, offensive, to suggest that the lag in modern student study hours is attributable to laziness."