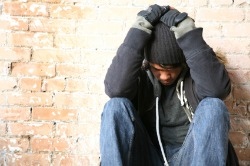 College students at Emory University in Atlanta have opened a hardship fund to aid other students who are in need, according to the Atlanta Journal-Constitution.

The Emory Student Hardship Fund began functioning about a month ago and gives students access to funds where their student loans might fall short. Unlike other emergency funds, available at schools like the University of Georgia and Agnes Scott College, these funds do not have to be repaid.

The Hardship Fund was started by two Emory seniors, Stephen Ratner and Jordan Stein, reported The Chronicle of Higher Education. The idea for the fund came through the school's former student government president. Ratner, a political science major, became aware of the suggestion, and through a class project on socioeconomic diversity, learned how difficult a financial setback can be.

"In these situations, $500 can go a long way," he said in The Chronicle of Higher Education.

Ratner, along with Stein, spent about a year setting up the fund. They sought out start-up money through the undergraduate and graduate student governments as well as other sources and began distributing funds this fall, The Chronicle reported.

According to Business Insider, nine students have applied for the fund and some $2,000 has been awarded. Students can apply for a grant of up to $500 and their request will be reviewed by a committee of peers as well as faculty. However, students must show evidence of some kind of hardship. The funds have been set up to be distributed through the shcool's financial-aid department, but the entire hardship grant goes to the student even if the school is owed a balance, The Chronicle noted.

Jarquisha Hollings is one student who benefited from the Emory Student Hardship Fund, the Atlanta Journal-Constitution reported. She had run out of funding on both her meal plan and through her scholarships and financial aid. Her mother, disabled and unemployed, couldn't help nor did Hollings have extra money from her part-time job. Friends helped her out by buying meals for her, she told The Chronicle of Higher Education.

She received $500 from the school's Hardship Fund right before Thanksgiving and was able to purchase groceries and a new winter coat.

"The money came at a perfect time because I was afraid I'd have to move back home," she said in the Atlanta Journal-Constitution. "A lot of college students are struggling and we need help. Students need to know they can ask for and get help."

Business Insider reported that many other students in the U.S. are working to help their college peers who may be in need. For instance, some campuses are providing food pantries for students. Business Insider indicated that within the first two weeks of its opening on campus, the student-run food bank at the University of George was visited by hundreds of students.

In addition to The Hardship Fund, Emory University also offers another program--the Emory Advantage--to help students struggling with finances, the Atlanta Journal-Constitution pointed out. The program allows students whose families earn less than $50,000 to graduate debt-free and those from families earning $50,000 to $100,000 a year to graduate with $15,000 in debt or less.

While the Emory University Hardship Fund is reported to have just more than $3,000 left, according to The Chronicle of Higher Education, Ratner and Stein are hard on the case. Next semester, they plan to work on fund-raising efforts and to sell T-shirts to raise money.

"Some Millennials Are Stepping Up to Help Their Cash-Strapped Peers," articles.businessinsider.com, December 9, 2011, Mandi Woodruff