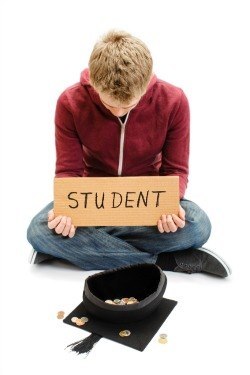 As the basic costs of living go up for everyone, college students are increasingly going hungry. This problem has prompted colleges all over the nation, including eight schools in North Carolina, to open food pantries to provide much-needed nourishment to at-need students, Campus Reform reported. North Carolina Central University, one of the newest schools to add a food pantry, saw more than 50 students use its services during the first week, even though it hadn't advertised. That, in itself, stood as a testimony for the need for such a service on the NCCU campus.

"A large majority of students are embarrassed or do not know where to go for food assistance," Christy Simmons, public relations manager for the Food Bank of Central and Eastern North Carolina, told Campus Reform. "Tuition has increased, which puts a strain on finances and food often takes a backseat to bills."

Part of the problem, as The Washington Post recently noted, is that students' budgets are being stretched in so many different directions. And it's not just tuition increases that have an impact - housing and textbooks also take a significant cut into students' finances. Many students take care of their non-negotiable bills first, which can mean having very little money left for food, if any. This concept means that countless college students don't know where their next meal might come from, which is why schools are getting involved.

For example, schools such as Michigan State University have not only created their own food bank but also have been instrumental in helping other schools start their own. The number of food pantries on college campuses has surged dramatically to 121 today, up from only four in 2008.

"Campuses across the country are starting to realize that there is that sector of people who don't know where their next meal is coming from," said Nate Smith-Tyge, director of the MSU Student Food Bank, to The Washington Post. "It's not only a moral issue but also a curricular and academic issue."

The University of North Carolina is another school with a food pantry currently in the works. According to The Daily Tar Heel, the new food pantry, called the Carolina Cupboard, is scheduled to open this fall. UNC junior Roderick Gladney, who has been working on the idea since last spring, came up with the concept after experiencing hunger himself.

"There have been times when I've been hungry and not had meal swipes and not had a job," Gladney told The Daily Tar Heel. "We were trying to find a way for student government to reach out to students and came up with the idea of a food bank."

The Carolina Cupboard hopes to open its doors to only students below the poverty level initially and then branch out to other people in the community once they gain their footing.

"We hope we get enough momentum so we can help staff as well," said Gladney. "If they're hungry, that means their families are hungry."